Anemia (popularly called anemia) refers to the pathological condition of the body, in which a low content of red blood cells (functionally red cells) and hemoglobin is observed in the blood. Anemia is not an independent disease. This is a consequence of the underlying pathology. It is important to distinguish it from hydremia (blood thinning) and blood clotting in time.

Doctors insist on the fight against the disease through special drugs selected according to the type and individual characteristics of the disease. Proponents of unconventional methods consider it possible to treat anemia with folk remedies.

At home, phyto-infusions are recommended to be treated from six to eight weeks. If the symptomatology remains at the same level, folk doctors suggest taking a two-week break and repeat the course.

1. 60 g of yarrow herb is poured into 500 ml of hot water. After one hour, filter. Drink a teaspoon three times in twenty-four hours.

2. Five grams of ripe blueberry berries are steamed in 200 ml of boiling water. Use three times a few tbsp. l
Excessive consumption of blueberries and formulations based on it can lead to constipation.

3. A teaspoon of chopped rose hips is poured with 250 ml of boiling water and kept under a towel for an hour. The filtered folk remedy is taken twice, dividing the total volume.

4. Take five grams of dandelion roots and can withstand no more than twenty minutes in 200 ml of boiling water. Filter. Use half an hour before meals, fifty milliliters.
With increased acidity of the gastric juice, treatment with dandelion roots results in diarrhea and vomiting.

5. Two glasses of hot water pour two teaspoons of the fruits of Siberian mountain ash. An hour is maintained under the lid. Filter and add a little granulated sugar. Take ½ cup four times a day. 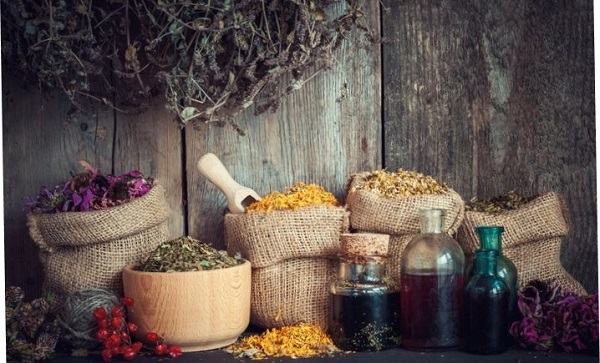