Charges from arrhythmia. The lack of timely therapy leads to rapid wear of the heart muscle, the risk of thrombosis and weakening of the pumping function of the organ. Official medicine suggests combating pathology through conservative methods and surgical intervention. Proponents of alternative medicine consider it possible to treat arrhythmias with folk remedies.

1. With a rapid heartbeat, the following collection is recommended: 10 g of valerian roots and motherwort grass, 5 g of yarrow grass and anise fruits. Take 1 tbsp. l mixture, mixed with a glass of boiling water, insist half an hour. Take the third part of the glass three times a day.

2. Irritability and insomnia are treated with a collection of 15 g of yarrow and 5 g of lemon balm, 5 g of valerian. One Art. a spoonful of the collection is poured into a glass of cold liquid, allowed to stand for several hours. After, they stand for about fifteen minutes in a water bath and filter. Take the whole volume per day, dividing into several doses.

3. The following recipe is useful in the treatment of atrial fibrillation: 40 g of goldenrod, motherwort, lemon balm and buckwheat flowers are mixed, 1 tbsp is separated. spoon and pour a glass of hot moisture. Allow to stand before cooling, then filter. Bring the volume of infusion to a glass by adding boiled water. During the day they drink in small sips. The course is two weeks in two.

4. A similar effect is given to such a collection: motherwort, goldenrod grass, chopped medicinal valerian root, ground flax seed. The ingredients are taken in equal proportions — 20 g. After they are mixed, fifteen grams are separated, poured with a glass of boiling water, allowed to stand for an hour. The resulting volume was adjusted to a glass by adding boiled water. Accepted in small sips, dividing the volume for the whole day.

5. Take a dessert spoon of medicinal rosemary. Add 1 tbsp. l fruits of black elderberry, tea penny, flowers of mountain arnica and sowing buckwheat. Ground components in an amount of 1 tbsp. l placed in enameled dishes and pour two cups of hot water. Insist before cooling. Filter. The volume is adjusted to the original by adding boiled water. Drink before meals 60 ml twice a day for a couple of months.
Buckwheat is not suitable for people with hypotension and increased blood clotting.

6. Take two parts of blackcurrant leaves, common wormwood flowers and sainfoin flowers, add one part of the roots of tea penny. Mixed and slightly crushed components in the amount of several spoons are placed in a thermos and filled with a glass of hot liquid. Withstand at least twelve hours. The finished folk remedy is diluted with 100 ml of water. They drink during the day for a week, after which they take a four-day break.

7. Take the second part of the horsetail, the third — the mountaineer, the fifth — the flowers of the red-bloody hawthorn. Separate 1 tbsp. l mixtures. At night they are steamed in a thermos, pouring a glass of hot moisture. Drink 1/3 cup three times a day. Helps with heart palpitations.

8. A tablespoon of the medical collection of the leaves of a three-leaf watch, peppermint leaves and valerian root (in equal amounts) is poured with two cups of boiling water. After 30 minutes, filter and drink according to Art. l every time before eating.

9. To clean the urinary system in case of irregularities in the heart can be as follows: birch leaves, rose hips, corn stigmas. The components are taken in the same amount, mixed. One Art. l the mixture is steamed with boiling water (230 ml). Three hours later, they start taking: after a meal, a cup. Repeat two or three times a day.
In some cases, taking corn stigmas can result in a serious allergic reaction.

10. With atrial fibrillation, the use of an extract of rose hips, hawthorn and motherwort herb is indicated. At night, the components (1 tbsp. L. Each) are placed in a thermos and pour boiling water. The next morning they are filtered. Drink 50 ml before meals.

11. In the treatment of any type of heart disorder, including paroxysmal, it is recommended to use an infusion of garlic with lemon. Four crushed heads of garlic are kneaded, mixed with the juice of four lemons and poured with two liters of cold water. For two days, a jar of the mixture covered with gauze is placed in the refrigerator. After carry out daily intake of 50 ml.

12. Take three grams of rose petals, seven grams of lemon balm, ten grams of repeshka, thirteen — St. John’s wort and thirty-five — fruits and leaves of hawthorn. One Art. l collection pour 100 ml of boiling water and let stand for an hour. The resulting volume is drunk at a time, before meals.

13. They take equally the flowers of hawthorn, the petals of tea rose, the flowers of the mountain ash and clover, the grass of the meadowsweet, the lemon balm, the yarrow, the shoots of forest raspberries, straw of oats, the roots of leuzea, the rhizomes of elecampane and rosemary. Six grams of collection are taken, 370 ml of boiling water is poured, insisted for four hours. Drink 50 ml at least seven times a day.

14. Prepare a treatment collection from flowers of lily of the valley and hawthorn, fruits of hawthorn, sweet clover, dill, lemon balm, initial letter, coriander, oats straw, birch and blackberry leaves, elecampane rhizomes taken in equal proportions. 5 g of the collection is poured into 500 ml of hot water. Stand under a towel for at least three hours, filter. Drink 35 ml three times a day before meals. 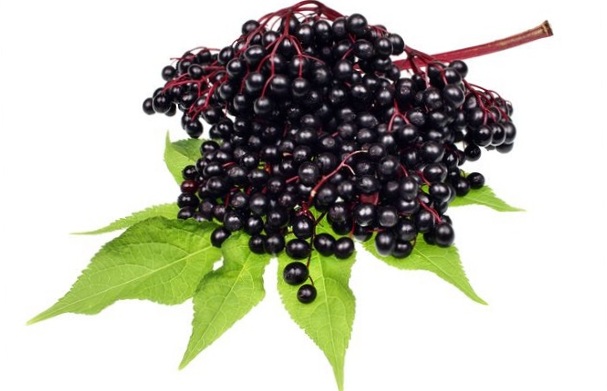