Thanks to the application of compresses based on natural components on the sore spot, it is possible to overcome excruciating pain. Duration is set independently — until the symptoms disappear.

1. A large handful of crushed horseradish roots is placed in an enameled container. Pour enough water and steam over low heat, not bringing to a boil. After pressing, the raw materials are allowed to cool slightly, and then transferred to canvas. Apply a compress to the affected area and stand for at least an hour. Repeat if pain occurs. This method performs the treatment of deforming arthrosis and rheumatoid.

2. With pathology in the elderly, prepare the following composition of medical bile; May honey; glycerin; medical iodine 5%; ammonia 10%. The components are taken equally and mixed. For ten days, insist away from sunlight. Before use, the composition is heated. A gauze napkin is moistened in it and applied to the affected area. Perform an overlay before bedtime, fixing the compress with cling film and a woolen shawl. Treatment is continued until recovery.

3. Grind a small head of white cabbage. Stack in a bowl and knead well. Using a juicer extract juice. Woolen cloth is moistened in it, after which the necessary area is wrapped. Perform at night, continuing as long as possible. With this recipe, it is convenient to treat arthrosis of the knee joint, big toe, and fingers.

4. In the treatment of pathology of the lower extremities, the use of fresh cabbage leaf is indicated. It should be intact, not have rotted areas. On a pre-washed sheet, a little honey is applied and applied to the desired location. A food-grade and elastic bandage is applied over the film. The procedure is preferably performed at night, holding a leaf of cabbage until the morning. The course is a month.

5. When brought to a boil, pour four tablespoons of oat grains. Sent to the fire and boil for about seven minutes. The mass should be viscous. After cooling, the porridge is spread on the cotton section of the tissue and applied to the affected area. They fix the compress and hold it all night.

6. Egg shell crushed to a powder state is added to kefir. The mass should come out thick. The folk remedy is wrapped in linen cloth and applied to the affected area. Since the eggshell is rich in calcium, the work of the affected area is gradually restored.

7. To a small amount of village sour cream add chalk, crushed to powder. Mix, achieving uniformity. The mass is transferred to the affected hands, joints of the thumb, cervical spine, etc. Cellophane is applied on top and fixed with a bandage. Hold the night. In the morning, the remnants of the product are washed off with water. Compress helps get rid of soreness and reduces swelling.

8. Of the five buds of washed dandelion flowers, gruel is prepared. Impose on the affected area and fix. Hold for several hours, after which the skin is washed with clean water.

9. Dry dandelion leaves are steamed with boiling water. Squeeze, shift to a gauze cut. The compress is placed overnight, covered with cling film and an elastic bandage. Perform daily until the discomfort disappears.

10. Burdock helps to eliminate soreness with arthrosis of the foot. The leaves are scalded with boiling water, honey is applied to one of the sides and applied to the painful area, putting on a warm sock. Leave for the night.

11. A good remedy for arthrosis of the knee joint or hip is birch leaves. Before applying to a sore spot, they are steamed. Wrap a bandage over them and put on warm pajamas, since they put the compress on overnight.

12. The deforming type of disease at home is treated with a compress of herbs and petroleum jelly. Take 100 g of St. John’s wort, clover and hops. Dry and grind to a powder state. Combine with fifty grams of petroleum jelly and mix well. Apply the product to the affected area and wrap with gauze. Wrap a scarf on top. Hold the compress for about two hours. Can be done at night with severe pain.

13. Prepare a mixture of turnips, radishes, wild garlic, beets and parsley. It should turn out a slurry, which is applied to the affected area. Cabbage leaf is placed on top. Fix with an elastic bandage. Leave for two hours. Can be repeated twice a day.

The best remedies for the treatment of arthrosis.

14. Add flour to two beaten egg yolks of chicken eggs. Knead is not very cool dough. Roll out and impose on the affected joint, fixing with a plastic bag. Leave for three hours, after which the cake is changed.

15. Fifty grams of juniper fruit, eucalyptus leaves, rosemary shoots, and five unpeeled potatoes are added to the enameled container. In two liters of water, bring to a boil and boil until the potatoes become soft. After the potatoes are taken out and using a fork, mashed to a state of mashed potatoes, adding a little broth. Then, two large tablespoons of vegetable oil and honey, twenty-five milliliters of formic alcohol and thirty milliliters of camphor oil are introduced. The mass is laid out on a cotton cloth. In the form of a compress used at night. The course is ten sessions.

16. Take a handful of needles, pour 250 ml of water and bring to a boil. In a strained product, a piece of tissue is wetted. Impose on a sore spot and cover with a warm scarf. After an hour, the compress is removed.

17. Connect a tablespoon of honey, the same amount of dry mustard powder and vegetable oil. Bring to a boil, allow to cool slightly and shift to a piece of fabric. Apply a compress to the affected area and wrap it with a scarf. Removed after two hours.

18. Fresh fern leaves help in the treatment of severe pain with deforming arthrosis of the knees or thigh. Before applying to the desired area, the skin is wrapped with gauze. Hold the compress at night, securing with a bandage or leggings (tights).

19. In a water bath melt 300 ml of candied honey. They also inject about a glass of radish juice and half a cup of strong red wine. After about five minutes, pour a teaspoon of table salt. Remove from a water bath and allow to cool. In the resulting product, a piece of tissue is impregnated. Impose on a sore spot, strengthen cellophane and bandage. Remove the compress after an hour.

The best remedies for the treatment of arthrosis.

20. When asked about how to get rid of arthrosis, many folk healers recommend using medical bile purchased at the pharmacy. It is wetted with a thick cloth, which is then wrapped around the ankles, knees, etc. Paper and a scarf are determined on top. Put compresses every two days before bedtime.

21. Take coarse dry sand, warm in the oven and put in a bag. Apply a bag to the affected area. Hold until completely cooled. The manipulations are repeated three times.
The sand should not be too hot. Care must be taken to avoid burns.

22. A liter of vodka is poured with a hundred grams of saberfish. After two weeks, it is filtered off. In the tincture, a piece of linen is moistened, applied to the affected joint and fixed with cellophane. For even more warming, a warm scarf is wound on top.

23. Take a handful of sea buckthorn berries. Scroll in a meat grinder. The gruel is laid on a piece of gauze. The compress is placed on the affected area, over wrapping with cellophane and warming with a cloth. Hold for at least an hour, and then wash the skin with water. It can be repeated several times a day. It is useful for arthrosis of the lower body, but can also be used on the upper, including in case of damage to the cervical spine. 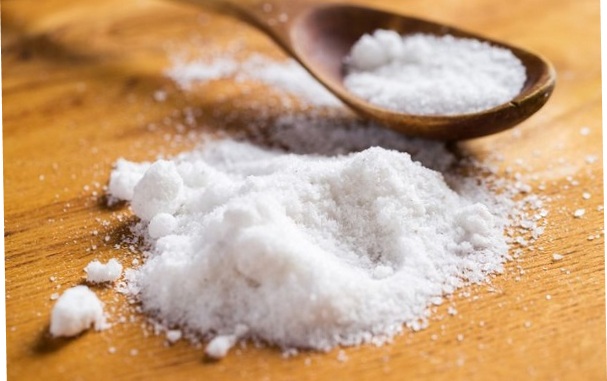