In the treatment of epilepsy, phyto decoctions play one of the central roles. The recommended treatment time is up to two years. Every few months, the compositions need to be changed to avoid getting used to the body.

1. In 100 ml of water boil 20 grams of wolf bast. Take a dessert spoon every time before eating.
The plant is very poisonous! Self-administration at home, especially for treating children, is not possible.

2. Ten grams of lavender flowers are boiled for a minute, pouring a glass of water. Defend for half an hour. Eat two dessert spoons after lunch and before bedtime. In addition, the broth is rubbed into the head before a night’s rest. Folk remedy fights well with temporal lobe epilepsy.

3. The crushed roots of valerian in the amount of fifteen grams are boiled (fifteen minutes) over medium heat. Use three times a day. The dose for adults is a large spoon, for children — a dessert.

4. A few dessert spoons of chopped motherwort herb are poured with water in the amount of one cup and boiled for five minutes. Drink, dividing the volume into four parts, before eating.

5. Fifteen grams of May lily of the valley flowers are poured with a glass of water and boiled for ten minutes. Drink three times a day for several large spoons.

6. 10 g of ordinary oregano is poured with 300 milliliters of liquid and boiled for fifteen minutes. Drink a quarter of an hour before eating half a cup.

7. To half a liter of homemade kvass add several large spoons of chopped wormwood. Boil for five to seven minutes over low heat. Drink while lying in bed.
The prescription can not be used to treat the disease in people with mental disorders, complex diseases of the nervous system and suffering from alcoholism. For them, the recommendation is considered dangerous.

8. Take thirty grams of urine from the roots of wormwood. Add to half a liter of beer. Boil for five minutes. Use 1 tbsp. l three times.

9. Fresh or dry grass of the woolly armor in the amount of 30 g is combined with 230 ml of liquid and simmer for five to seven minutes on low heat. Filter, as soon as the composition has completely cooled. Drink three times a day for 15 ml.

10. Six grams of rhizomes of blue cyanosis are poured with a glass of water. Half an hour they simmer over low heat under a lid. In strained form they are consumed up to five times a day. A single dose is a large spoon.

11. One hundred grams of crushed knotweed grass is poured into 500 ml of milk and boiled for ten minutes after boiling. In strained form, use a cup in the morning and evening.

12. One and a half glasses of hot water is poured 1 tbsp. l roots of medicinal black root. Ten minutes boil over low heat. Take a filtered folk remedy for a third of a cup three times a day.

13. Dry leaves of walnut in the amount of six grams are combined with 230 milliliters of water and cooked over medium heat for fifteen minutes. A day is indicated to drink 200 ml. 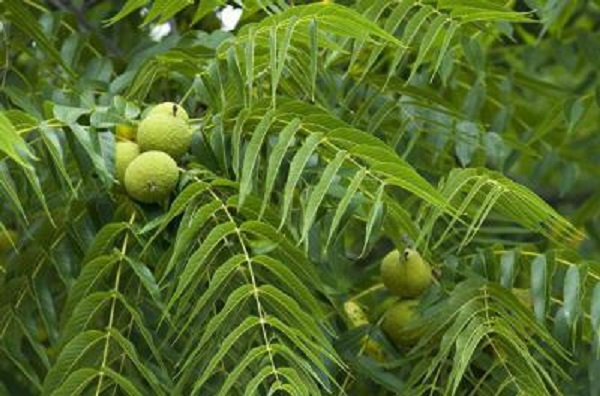