You need to use herbal decoctions wisely, listening to the reaction of the body. Therapy should last until relief.

1. For the treatment of the inflammatory process on the epidermis, a hemoptysis is taken. To 220 ml of water add a few tablespoons of rhizomes and roots, simmer over low heat for half an hour. After cooling, filtered. Drink at least five times a day for 1 tbsp. l

2. Five dessert spoons of dioica nettle pour a glass of water. On fire stand no more than seven minutes. When the broth cools down, filter and start taking it — 75 ml twice a day. The remaining raw materials can be used for compresses.

3. Grind the leaves of sage. Take five tbsp. l and pour a liter of boiling water. For half an hour, keep on fire under a lid, stirring occasionally. After defend three hours. Use three tsp. four times a day. The course of treatment should not exceed three weeks. Thus, you can quickly get rid of dermatitis.
Sage causes a deterioration in well-being with hypertension. Its use may result in negative consequences for endometriosis.

1. In the treatment of dermatitis in children and adults, a periwinkle broth is used. Dining room leaves are brewed with a glass of hot water, sent to a slow fire and wait about fifteen minutes. The strained composition is used to wash the inflamed epidermis. You can make compresses with a gauze bandage.

2. Cope with irritation, redness and itching in the hands of birch buds. One glass of raw brewed with boiling water in an amount of 220 ml and sent to the fire. After boiling, they languish for about ten minutes. Use a folk remedy after cooling. Wipe the epidermis as often as possible.

3. A decoction of oak bark effectively copes with papules on the body. One art. l bark is poured with two cups of water and boiled for five minutes. Wipe the skin at least three times a day.

4. For acute dermatitis, the following decoction is recommended for treatment at home: 10 grams of crushed willow tea is brewed with a glass of boiling water. Five minutes later they are sent to the fire and brought to a boil. They simmer for another fifteen minutes and filter. Used for washing the affected areas and lotions.

5. Tear off 7 walnut leaves from a tree, finely chop it and fill it with a glass of water. Bring to a boil over low heat, simmer for another five minutes. Allow to stand for a couple of hours. The resulting broth treat the inflamed areas.

6. Young pear tree leaves are indicated for the treatment of atopic dermatitis in children and adults. A glass of crushed raw material is poured into 500 ml of water and sent to the fire. After boiling, leave to cook for another 5 minutes. Removed from the broth withstand the night. The finished product is recommended to be used as often as possible, carefully treating the affected areas. For the best effect, before the procedure, the epidermis should be treated with an aqueous solution of vinegar. 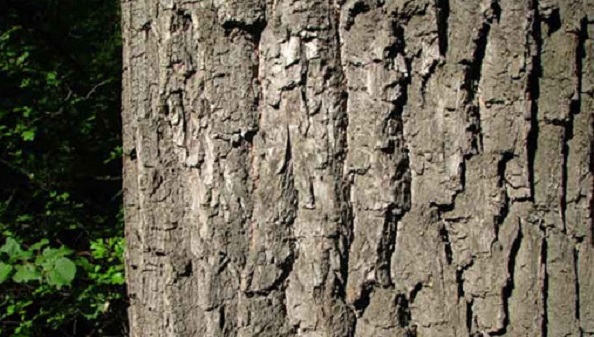