Like applications, douching is effective in treating uterine erosion. The course of treatment cannot exceed ten days. Ideally, it lasts until seven.
Overuse of this method can result in draining the mucosa and leaching of beneficial bacteria.

1. Copper sulfate is an effective folk remedy for the treatment of the uterus and appendages. To a liter of pure liquid add 1 tbsp. l powdered copper sulfate and a similar amount of burnt alum. Mixed. On low heat stand for five minutes. Cool. Pour blue water into a glass vessel, store in the refrigerator. Within ten days (after the completion of menstruation) 1 tbsp. l liquids are diluted in a liter of boiled water and used for douching. The procedure is performed before bedtime.

2. Prepare a collection of calendula, chamomile and yarrow taken in equal proportions. Shredded herbs in the amount of several tablespoons are brewed with two cups of boiling water. After two hours, filter. The procedure is repeated every evening. The course of treatment lasts approximately fifteen days.

3. In a liter of boiling water, a handful of Ceylon tea is brewed. Filter through three layers of gauze after 25 minutes. Douched twice a day.

4. Pronounced anti-inflammatory properties possesses frankincense. Three tbsp. l Pour the root with a glass of water and simmer on low heat until half the volume evaporates. The resulting extract is diluted in one and a half glasses of boiled water and douched. Continue for two weeks. After a month’s rest, repeat.

5. The boron uterus has a complex effect in the event of a defect. It is endowed with an astringent, bactericidal antiseptic effect. A decoction for douching is prepared as follows: two tablespoons of the raw material are soaked in 500 ml of pure liquid. Bring to a boil and filter. Chilled means douche once a day at night. Folk remedy is stored in the refrigerator and used during the day, after which it is considered unsuitable.

6. For evening irrigation apply a decoction of calamus root. For 500 ml of water — two tablespoons. Boil after boiling for five minutes. Withstand all day.
During the procedure, unpleasant sensations can be observed — itching and burning. With regular use, the development of edema is likely.

7. A gentle solution for douching is prepared on the basis of chamomile pharmacy. Two tbsp. l crushed raw materials are placed in an enameled container, filled with one liter of hot water, preferably boiled, and sent to a water bath, previously covered with a lid. Twenty minutes later, defend (a quarter of an hour). Douching with a cooled composition is carried out in a standing position. Repeat for at least 14 days.

8. Use infusion of St. John’s wort. For 2 liters of hot water — four large spoons of raw materials. Simmer for ten minutes. Leave for half an hour and filter. The procedure for irrigation of the uterus is carried out in the evenings.

9. A teaspoon of eucalyptus tincture is bred in a glass of water. They are douched once a day, continuing the course for about three weeks.
In some cases, douching with alcohol causes itching and burning.

10. 100 grams of chopped branches of viburnum and 600 grams of buttermilk are boiled in a liter of water for ten minutes. Leave for twelve hours, filter. Slightly warm before use. The course of treatment is continued for a month. At this time, it is recommended to refrain from sexual intimacy.

11. Another recipe with viburnum involves preparing a collection of 100 g of finely chopped twigs and 300 g of pine needles. Pour boiling water over a liter. Seven hours later they are souring. Use up to five times a day until recovery. 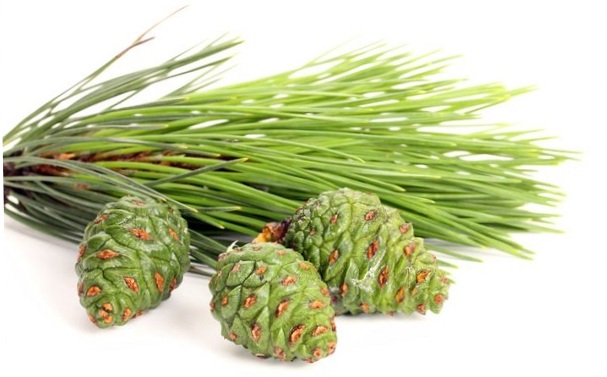