Using homemade drops in the treatment of inflammation is a quick way to eliminate puffiness and normalize nasal breathing. There is no strictly established course duration, it is important to focus on the clinical picture of the disease.

1. Acute and chronic sinusitis can be treated with cyclamen, from the root of which drops are prepared. Grate and squeeze the juice. Diluted with boiled water in the proportion of a teaspoon per cup. Use once a day for a few drops. Another recipe involves mixing one milliliter of cyclamen juice and four milliliters of naphthyzine (nasal drops). Apply three servings once a day, continuing treatment for three days in a row.

Firstly, the juice of the plant is poisonous, therefore, it can cause a deterioration in well-being. Secondly, in some cases, an allergic reaction develops, expressed in itching and burning.

2. Many traditional healers insist on the treatment of aloe pathology, on the basis of which drops are prepared. There are several recipes:
1) Pure aloe juice is instilled into the nose a few drops three times a day.
2) A tablespoon of aloe juice is combined with five drops of freshly squeezed onion juice. Use twice a drop.
3) Purely mix aloe juice and honey, combine with celandine (juice in the amount of two drops).
Celandine juice in its pure form has a strong bactericidal effect. Drops in the stomach are unacceptable.
4) Pairs of aloe and Kalanchoe are connected. Add a pinch of table salt and a dessert spoon of fresh honey. Use three doses twice.
Recipes are recommended if polypous, acute and parietal types of pathology are observed.

3. A handful of pharmacy chamomile is steamed with a glass of boiling water. After insisting and filtering, one hundred milliliters of infusion are cast, where a mustard spoon of aloe juice is introduced. Use if acute sinusitis is observed, three doses three times. Folk remedy has a pronounced regenerative and antiseptic effect.

4. Purulent sinusitis is treated with drops based on hydrogen peroxide. A teaspoon of 3% is diluted with several tablespoons of water. Use begins with one dose per day, gradually increasing the dosage to three drops.
When using such drops, a thick foam forms in the nose, which needs to be frilled.

5. A two-sided type of the disease is treated with drops of onion juice (small spoon) and sea buckthorn oil (three large spoons). Use three doses twice.
Children are better not to use such a folk remedy, since it is prone to cause itching and burning of the nasal mucosa.

6. When children are sick, they use beets. Vegetable juice in equal shares is combined with carrot juice. Apply two doses a couple of times a day. Carrot juice can be replaced with plain water.

7. Rosehip oil is recommended to be used up to five times a day for acute and chronic types of the disease. It is possible to treat sinusitis in children and during pregnancy.

8. For the treatment of sluggish sinusitis use ghee. Instill two servings in each nostril in the morning and in the evening.

9. Prepare the following mixture: two tablespoons of aloe tree juice, one and a half — Kalanchoe juice, the same amount of onion juice and Highlander viviparous. Use one drop in the morning and evening.
10. Equally mix potato juice, melted honey and blue onion juice. Apply if a neglected type of disease is observed — two drops three times.

11. Take ten tablets of the mummy (0.2 g each). A powder is prepared and combined with a teaspoon of glycerin and four boiled water. Instill three times one dose in each nostril. Suitable if there is a bilateral type of disease.

12. In a proportion of one to five mix the juice of blue snowdrop and ordinary drinking water. Apply three doses per day. Recommended folk remedy for the treatment of the disease in adults and adolescents.
The plant is poisonous. If used improperly, nausea and headache may occur. 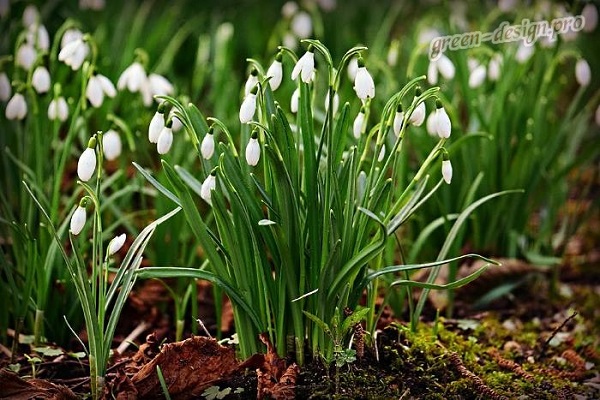