1. The bilberry leaves and the dried bean pods are connected evenly. Several collection spoons are steamed with a half liter of hot liquid for 1 hour, after which the raw materials are squeezed out and three glasses are taken in four sets.
Reception of infusion helps to lower blood sugar, therefore, is a serious danger in glycemia.

2. The crushed herbs in the form of a tablespoon of centaury, calamus roots and wheatgrass are kept for several hours, placing in six hundred milliliters of boiling water. Drink half a bowl before meals, using the entire volume per day.

3. One hundred grams of thyme; fifty grams of mint leaves, wormwood, angelica root and chamomile color are mixed with twenty grams of hop cones, lavender and calendula flowers. A couple of tablespoons of the collection is taken, 0.6 L of hot moisture is poured for 30 minutes. Use when exacerbation is observed, a glass twice.
The composition of the collection includes wormwood, so it should be taken with extreme caution.

4. The flowers of the immortelle sand, grass motherwort five-lobed, flowers of calendula officinalis take a pair of large spoons. Mix well and select a glass. Pour 1 liter of boiling water for an hour, and then decant. Take up to six times in 24 hours, one hundred milliliters. Helps treat chronic pancreatitis.

6. The root of large burdock, grass of perforated St. John’s wort, rhizome of high elecampane, grass of bitter wormwood, the color of chamomile, flowers of calendula, grass of horsetail and trifid succession, the herb of medicinal sage and marsh marsh are mixed in equal amounts. Twelve grams of the mixture in a closed container insist fifty-five minutes. Use when treating an exacerbation, a third of a cup three times on an empty stomach.

7. Combine equally the grass of the perforated St. John’s wort, large celandine, tricolor violet and bird highlander, add the fruits of anise ordinary and stigmas of corn. Half an hour pour 1 tbsp. l collecting a bowl of boiled moisture. Drink a cup on an empty stomach in several sets.

8. To four small spoons of the immortelle sand add three — the colors of chamomile, two — herbs of wormwood. A glass of the mixture is steamed with 1500 ml of boiling water. When infused, the raw materials are taken. Drink if treatment requires biliary-dependent pancreatitis, 150 ml up to eight times a day.

9. Motherwort, St. John’s wort and mint are mixed evenly. Seven small spoons are steamed with half a liter of boiling water for 55 minutes. Drink по bowls three times. The composition can quickly cure an acute attack of pain.
Do not abuse the infusion if necessary to show social activity.

10. Combine one part of fennel seeds and violet inflorescences, introduce two parts of valerian rhizomes and three parts of elecampane rhizomes. Thirteen grams of collection pour a cup of boiling water for thirty-five minutes. Drink, if it is necessary to cure parenchymal pancreatitis, fifteen milliliters each time before eating.

11. A special infusion, tea from Tibetan monks, helps to strengthen the whole body and normalize the work of the pancreas. It consists of immortelle, chamomile, St. John’s wort and birch buds. The components are combined in equal proportions. For 10 minutes, 10 g of raw material is steamed with a bowl of hot liquid. After eating, adding a little honey. Repeat treatment four times in 24 hours.

12. To get rid of the clinical picture of pancreatitis at home, the following herbal composition is prepared: two tablespoons of mint, one each of immortelle, the roots of bog calamus, chamomile. Twelve grams are combined with a bowl of boiling water. After infusion, the moisture is expressed, which is consumed by ¾ cup twice a day.

13. Such a collection helps to relieve the attack: three parts of buckthorn fruits, one each — corn stigmas, tansy inflorescences, hop cones, chamomile color, fennel seeds. A large spoonful of raw materials is combined with a mug of boiling water, leaving to cool, and then squeezed. Divide the resulting volume into 3 doses. Accepted per day.

14. The complex phyto-collection used if it overcomes an exacerbation looks like this (in brackets is the number of tablespoons): immortelle inflorescences (seven); rhizomes of wheatgrass and nettle dioecious (five each); chicory rhizome and blueberry leaf (four each); St. John’s wort, tansy inflorescences (three); flax seeds, shepherd’s bag, buckthorn bark (two each); peppermint (one). Half a liter of hot liquid requires a few pinches of collection. Insist folk remedy night, drink the next day the whole volume.

15. In case of unbearable pain, folk healers advise using a double collection — from the aerial parts of iris and wormwood (equally). A teaspoon is steamed with a bowl of boiling water for one hour. Take three times 1/3 cup.
The composition is dangerous with increased blood coagulability. 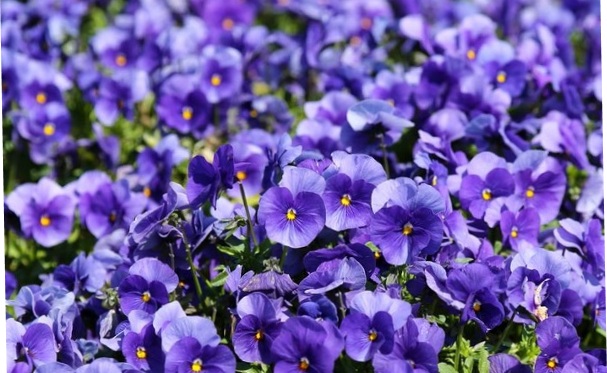