The cause of this disease is a periodic or a permanent increase in pressure within the eye, due to the fact that the water outflow from the eye broken.

The pressure inside the eye is directly involved in essential physiological functions: all intraocular shell straighten under its influence, and they are the elasticity and tone, which is essential for the proper functioning of the eyes, as the basis of the optical system.

We in the eye there is a fluid that fills the back and the front chamber of the eye and a special drainage system enters the eye veins. This aqueous humor contains many nutrients (ascorbic acid, glucose, oxygen — the cornea and lens) of the eye and outputs the waste products of metabolism — carbon dioxide, lactic acid. Liquid supports on normal intraocular pressure. Passing from the eye anterior chamber angle, it flows off in a special channel (called Schlemm’s canal) which directs it into the vascular system. So there is glaucoma.

As today, doctors believe, primary glaucoma may occur due to sclerotic and degenerative changes in the blood vessels and tissues that arise with age.

The causes of glaucoma are mainly related to the fact that infringed outflow tract, and increased intraocular pressure. The consequence of increasing the pressure inside the eye will be the mechanical deformation of the tubules, resulting in the fact that the fibers of the optic nerve are infringed, and then atrophy and can even lose vision.

Open-angle glaucoma occurs mainly in the elderly. Due to the fact that aging of Schlemm’s canal wall slowly, the pressure within the eye increases gradually. A person with open-angle glaucoma, there is not even a suspicion of the illness. Sometimes patients may complain of slightly blurred vision or iridescent circles that appear when looking at the light. Some other subjective sensations of patients there.

All this, of course, can lead to a decrease in visual function, poor blood supply to the eyes and brain.

It is impossible to fully recover with glaucoma blindness and nerve damage, but there are treatments to stop or slow the progression of the disease. Thanks to the treatment of intraocular pressure can be normalized and «freeze» further nerve damage and prevent blindness development.

Prevention and treatment include use as an eye drop (timolol), and in rare cases of tablets, surgical correction or laser techniques.

In some countries with very severe forms of the disease the patient is allowed to even use marijuana, it is (according to some sources), as well as CNS depressant, it helps to reduce intraocular pressure. 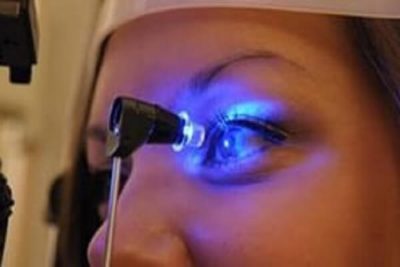