Gout is a chronic disease associated with impaired metabolism in the body of uric acid, its accumulation in the blood and subsequent deposition in the tissues of the salts of this acid (urates) in the form of crystals. Gouty Arthritis.

The disease was called «gout» due to the fact that it is most often the big toe is affected: a literal translation from the Greek word «gout» is a «leg attack« (podos — leg, agre — attack).

The incidence of gout in men aged 55-64 years reaches 4-6%, men suffer from this disease 9 times more often than women.

In the body, uric acid is the final product of the purine decay.
(Purines are organic heterocyclic compounds that are part of nucleic acids, in the composition of all animals and plant cells.) Normally, the processes of formation of uric acid and its isolation are balanced.

The increase in the content of uric acid in the blood — hyperuricemia — may be due to a number of reasons:
Or excess urate formation (metabolic type), or the inadequacy of excretion of these salts by kidneys (kidney type), or the result of both (mixed type).

Reducing the concentration of uric acid in the blood regular exercise therapy, exercise, moderate exercise in the work around the house, at the dacha and, of course, walks.

Attack of gout: Causes and symptoms?

As a rule, the attack occurs suddenly, at night, with the appearance of sharp pain in the joint, swelling and redness in the place where the crystals fall — most often in the region of the big toe.

Often swelling the entire foot and even the entire leg, the temperature of the inflamed area rises. Often the body temperature rises, which is accompanied by chills. The excruciating pain subsides in 2 days, a maximum — in 5-7 days. On the site of the inflammation there may be dense, towering over the surface of the skin, yellowish gouty nodules — tophi.

Heavy physical exertion can provoke a gout attack.
Due to dehydration of the body, the concentration of urate in blood sharply increases, and they exit into tissues.

It also promotes the release of crystals into the tissues of supercooling, as this reduces the solubility of urates. May provoke a gout attack close shoes — on the toe, or a tight cap — gouty on the ears.

The first self-help in case of an attack.

When an acute attack of the disease with sharp pains, swelling and joint redness requires complete rest, a low-calorie or unloading diet (for example, arrange a fruit day, vegetable day), abundant alkaline drink (up to 2.5 liters per day). It is useful, if possible, one day starve with a large amount of water or juices. It is advisable to make hot baths of infusions of lavender flowers, tansy, marigolds, turns.

To prepare the infusions take 60 g of vegetable raw materials per liter of water. The bath requires a liter of infusion.

With an acute attack of the disease with sharp pains, swelling and redness of the joint, complete rest, a low-calorie diet is necessary, for example, arrange a fruit or vegetable day, an abundant alkaline drink (up to 2.5 liters per day). Not bad, if possible, one day and hunger when reception of a large amount of water or juices.

In the period of acute attack externally apply Ointment Vishnevsky. You can prepare a therapeutic ointment by mixing a tablespoon of hop powder with a tablespoon of lard or fresh butter.

In acute attacks of gout, compresses from cabbage leaves (remember them in advance), burdock (apply fluffy side), mother-and-stepmother, horseradish, beets, and dried leaves can be soaked in warm water.

You can make a compress of crumpled leaves, and also with tinctures of tansy flowers or horse chestnut. 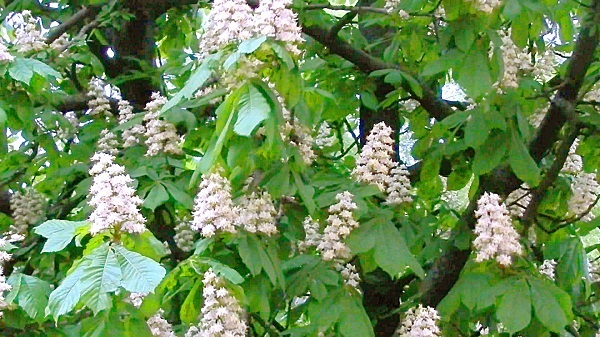