How to treat gastritis.

One of the most enjoyable ways to treat gastritis at home is to eat green apples. They are peeled and ground on a grater. Use in unlimited quantities.

The first month of therapy involves the use of apples daily. In the future, they may be present in the diet three times a week.

The use of green apples in large quantities can lead to increased gas formation.

In addition to separate consumption, green apples can be included in the composition of medicinal salad. 200 g of chopped fruits are mixed with 500 g of grated pumpkin, a teaspoon of honey and 50 g of lemon juice. Take 1 tbsp. l before meals.

Resin from the trunk of a cherry tree helps in relieving severe pain. 10 g of resin are diluted with half a cup of warm liquid and use the resulting volume before each meal.

A solution of stone oil (five grams per three liters of water) has an anti-inflammatory effect and accelerates the restoration of damaged mucosal tissues. Drink a glass three times before meals, continuing therapy for at least two weeks.

With a mixed type of disease with high acidity, it is recommended to use high-quality flower honey, preferably with white acacia. Eat a couple of large spoons should be morning and evening, washed down with warm boiled water.

Honey therapy is carried out for a long time — sometimes it takes a couple of months to achieve the first effect. For severe pain and nausea, honey is stirred in milk at room temperature and drunk before breakfast.

Alkaline shown. Used to relieve inflammation. Before use, slightly warmed up. Dose per day — 230 milliliters.

Use in the treatment of alkaline water should be with great care. With an illiterate approach, the components of the drink can significantly aggravate the situation of the patient.

In the fight against gastritis of various forms, the use of natural mummy is shown. The tablet is less effective. Pour the mummy with chilled water. Use the solution before dinner for ten days. After a few days off, treatment can be resumed.

The recipe is suitable for a disease with low acidity. If it is increased, the composition is prepared in milk.
To treat a superficial form of inflammation, the mummy is taken with honey.

Tampons soaked in paraffin are applied to the stomach area, leaving for 2 hours. It is indicated during the period of the disease calming down.

Before use, bee bread is mixed with natural honey in a ratio of one to one. Three times ten milliliters of the drug is used for mixed pathology.

Many adherents of alternative treatment are sure that hydrogen peroxide is one of those means that are designated as the most effective for gastritis. Use is carried out according to a special scheme:

First day: three times a day, one drop dissolved in several tablespoons of moisture.
Second day: two drops of the product are mixed with a spoon of water, repeating the reception twice.

Third day: three drops of peroxide are combined with a spoonful of liquid, drinking three times.
For another seven days, continue treatment in accordance with the recommendations for the third day. Starting from the eleventh, a short break is arranged, after which the course is resumed until cured. 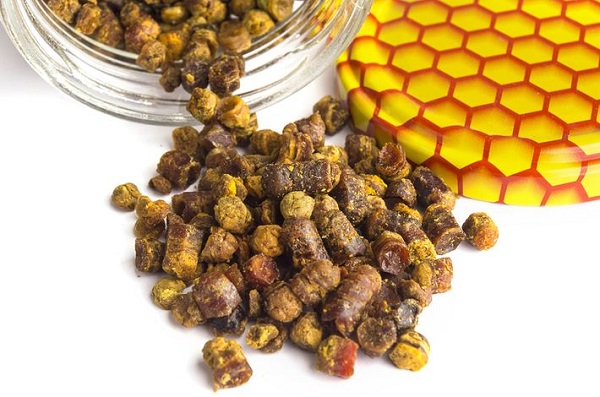