Herbal infusions for external and internal use demonstrate high efficiency in the fight against various types of inflammation. A strict course duration has not been established, which is why one should be guided by the severity of the clinical picture and well-being.

Infusions for dermatitis. For internal use.

1. Take 40 g of cornflower flowers, pour 1.5 cups of hot water. After two hours, it is filtered. Use on the third share of a glass three times a day before relief.

2. Prepare a collection from a dessert spoon of a string, licorice, currant bark and red viburnum. In 200 ml of boiling water, insist an hour. The purified product is drunk in 50 ml four times a day.

3. At the rate of 1: 4, light green hop cones are brewed with boiling water. Defend for half an hour. They drink 50 ml before each meal.
Regular use of the product will result in symptoms of general malaise — nausea, migraine, weakness throughout the body.

4. With eczematous dermatitis, an infusion of fruits of Japanese sophora is indicated. One dining room The raw materials are poured with a cup of boiling water, they stand the night and drink.

5. For any type of inflammation, it is recommended to use dandelion. Leaves, in the amount of 15 grams, are brewed with several glasses of hot liquid and kept for a short time under the lid. Take the second part of the glass four times a day.

6. When rashes on the body, you can take an infusion of prickly steel. A teaspoon of raw materials (flowers and leaves) is steamed with two cups of hot liquid. Withstand until cooling and drink a glass a day.
Reception of a stalnik causes relaxation.

Infusions for dermatitis. For internal use.

7. Take a couple of tablespoons of yarrow. Pour 500 ml of boiling water. Stand for an hour under a towel. Use four times a day for half a glass, preferably 15 minutes before meals.

8. The grass of horsetail and common ground are mixed with rose flowers and leaves of the plantain large. A couple of st. l., steamed for an hour with a glass of boiling water. Drink 100 ml four times a day.

9. For two glasses of hot water take two tbsp. l dry violet flowers. They stand for three hours under the lid. The strained composition is taken 110 ml several times a day before meals.

10. Grind the leaves of sorrel. Three tbsp. tablespoons of raw material pour 500 ml of boiling water and kept under the lid for three hours. Drink with skin inflammation twice a day, 100 ml.

11. Fresh leaves of blackberry, in the amount of four tablespoons, are crushed, poured with 300 ml of water and kept under a towel for at least four hours. Take half an hour before meals three times a day, 100 ml.

12. Mix 1 teaspoon each. dry bay leaves, galangal root, string and calendula. Grind and pour boiling water in an amount of 500 ml. Leave overnight, previously wrapped in a towel. In a strained infusion add a few tablespoons of apple cider vinegar and a similar amount of dark honey. Carry out the reception of 1 tbsp. l three times a day before meals.

13. In removing the itching helps the infusion of meadow goat-breeder. Two teaspoons of the raw material is steamed with a glass of boiling water for several hours. The strained composition is used for 1 tbsp. l three times a day.

14. With manifestations of an allergic reaction, drink a drug based on field bark. Four dessert spoons of grass are taken per 400 ml of hot water. Two hours insist, filter. The dose at one time is half a glass. Repeat four times.
The plant is poorly studied by medicine, therefore its use should occur only with the permission of the doctor.

15. Take 1 tbsp. l mixtures of borage and cassava herbs. Pour a glass of freshly boiled liquid and leave for a couple of hours for aging, previously wrapped in a towel. Filtered folk remedy is drunk twice half an hour before meals.

16. One art. a spoon of eyewear is chopped, placed in a ceramic container and combined with two glasses of boiling water. Allow to stand for a couple of hours and filter. Children under 10 years old drink 1 tbsp. l three times a day, adolescents and adults — half a cup.
Infusion increases blood pressure.

17. The treatment for intolerable itching and pain is the motherwort infusion. 15 grams of herb are mixed with 5 grams of mint and a similar amount of lemon balm. Pour hot water, wrap and stand for about half an hour. Drink medicine before going to bed.

18. Cut the roots of celery, combine with cold water and stand for a couple of hours. The drug is taken at 200 ml per day.

19. With a general malaise caused by an inflammatory process, an infusion of blackcurrant leaves is indicated. A salt spoon of raw materials is crushed and filled with 400 ml of hot water. After six hours, filtered. Use the second part of the glass four times a day. 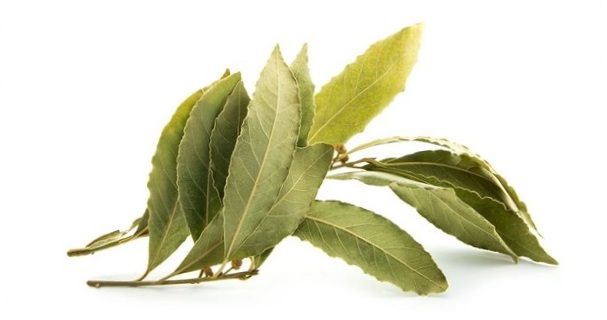