From the point of view of adherents of home treatment, phyto-compounds for internal use are able to effectively affect the patient with epilepsy. Therapy of such a plan is performed within one to five months. After a short break and a new course. So continue until the cure.

1. A tablespoon of rue is poured with 220 milliliters of boiling water. After 1 hour, filter. Take a large spoon three times a day.

2. Two large spoons of two-spike ephedra are steamed in 220 milliliters of boiling water. After half an hour, filter and drink 20 ml twice.
The prescription cannot be used to treat epilepsy, since increased nervous irritability and convulsive cramps are contraindications to ephedra. In addition, the plant has toxicity.

3. 40 grams of common wormwood herb is combined with 1.5 cups of hot liquid and allowed to stand for 4 hours, previously wrapped in a towel. Half a cup is taken twice a day before meals.

4. In a glass of boiling water steamed a tablespoon of the medicinal letter. Two hours incubated in a thermos and filtered. Take a large spoon, repeating three times a day. The recipe is intended for the treatment of a disease accompanied by hypertension and liver disease.

5. To half a liter of boiling water add 30 g of dubious violets. Filter through three hours and use 150 ml each time before a meal.
In case of an overdose, an allergic rash, vomiting, and diarrhea can occur.

6. Prepare a thistle infusion. One and a half glasses of boiling water accounts for two tablespoons. Wrap and leave for 2 hours. Drink half a cup twice.
During treatment, the dosage must be strictly observed. In small doses, the plant has an exciting effect on the nervous system, in large doses it has an inhibitory effect.

7. The dry roots of an ordinary peony in the amount of a tablespoon are mixed with 600 ml of hot moisture and left under the lid for half an hour. Drink a tablespoon before meals, repeating three times a day.

8. Dry round-leaved winter wheat in the amount of a large spoon is filled with 230 ml of hot water. Defend for a couple of hours. Use daily two large spoons three times.
Long-term use of wintergreen results in problems with blood pressure. The plant is contraindicated in people with hypotension.

9. A glass of boiling water is steamed with six grams of spring adonis. After 1 hour, filter. Three times a day, use 1 tbsp. l

10. Recommendation to assist with an attack. Grind motherwort. Two dessert spoons are taken and 200 ml of chilled boiled water are steamed. Filter after eight hours. Use the entire volume per day.

11. To 0.5 l of hot liquid, add three teaspoons of chopped motherwort roots. It is kept under the lid for several hours and filtered. Drink a glass four times before meals.

12. A tablespoon of shredded valerian roots is infused for six hours in 220 milliliters of cool water. For the treatment of the disease in adults, it is indicated to take a large spoon three times in twenty-four hours. Children should use the small.

13. In a thermos fall asleep 20 grams of valerian roots. Pour 230 milliliters of hot moisture. Filter after eight hours. Take fifteen milliliters four times. With increased excitability, it is recommended to use 70 ml three times a day.

14. Four large tablespoons of tenacious bedding are poured with two glasses of water. When cooled, filter. Drink during the day.
The plant is considered poisonous, so its independent use at home is undesirable.

15. The grass of sedum in the amount of 30 grams is mixed with a pair of cups of boiling water and kept for several hours under a towel. In strained form, use four times before meals in half a cup.
People with increased nervous irritability cannot use formulations based on this plant as a treatment.

16. Ten flower baskets of tansy are combined with a cup of hot moisture. After 20 minutes, filtered. Drink a large spoon every time before a meal.

18. 10 g of ordinary bruise is steamed in 220 ml of hot liquid. After an hour, filter. Use three times for 1 tbsp. l
Frequent use of the plant leads to slowed breathing and paralysis of nerve endings.

19. Two cups of freshly boiled moisture are poured into a large spoonful of dried rosemary leaves. After a couple of hours, filter. Take ½ cup three times a day. 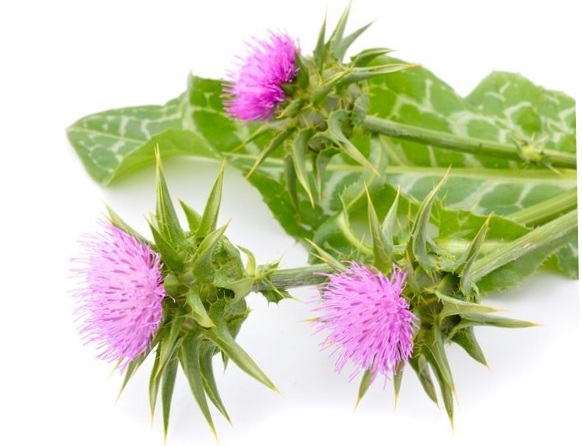