The use of herbal drinks allows you to relatively quickly get rid of the symptoms of the disease at home. The recommended duration of therapy is about three months. This is followed by a short break and a new course.

1. Two peeled garlic cloves are steamed with a glass of warm water for twelve hours. After the garlic liquid is poured into a cup and drunk at a time. The use of two cups is shown per day. With garlic, you can significantly lower blood pressure in just three weeks.

2. Take 10 g of blue honeysuckle berries. In a glass of boiling water, stand a quarter of an hour. Drink instead of tea with the addition of a small amount of honey, repeating at least two times a day.

3. During the flowering period, the constellations-heads of meadow clover are harvested. A spoonful of raw material is poured with 230 milliliters of boiling water for one hour. After filtered. Take half a cup three times.
Clover therapy is not possible if any of the pathologies of the cardiovascular system is observed.

4. A teaspoon of crushed bitter wormwood is steamed with 0.4 l of boiling water and kept under the lid for twenty minutes. Drink a quarter cup after each meal, adding a spoonful of fresh honey.
An overdose of the composition can lead to seizures and hallucinations. For people with mental disorders and a tendency to alcoholism, its use is strictly contraindicated.

5. Fennel seeds in the amount of fifteen grams are combined with 0.23 liters of hot moisture and kept under a towel for a quarter of an hour. You need to drink three cups a day.

6. If hypertension has played out against the background of atherosclerosis, the recommended infusion of mistletoe white: 1 tbsp. l raw materials are steamed with a glass of hot liquid, keeping for half an hour. Eat a couple of sips every two hours.
The plant is toxic, its overdose is dangerous.

7. Melissa is capable of lowering high blood pressure. One twig is steamed with 0.2 l of boiling water for ten minutes. Taken in the morning and evening, seventy milliliters.

8. Ten grams of alcoholic yeast is poured into 120 ml of warm water, a little sugar is added and left overnight. In the morning they drink on an empty stomach. Treatment lasts twenty days.

9. Fifty leaves of mulberry are steamed with a liter of boiled liquid and left overnight under a lid. Filter in the morning. Drink half the infusion before breakfast, and the remaining volume — in the evening before going to bed. Treatment continues for twenty-four days.

10. Relieve headache, strengthen blood vessels and improve memory will help Caucasian dioscorea. The root in the amount of half a dessert spoon is poured with a cup of water, and a quarter of an hour is kept in a water bath. Filter and start using — a tablespoon twice.
You can take the composition only after eating. Use on an empty stomach can cause inflammation of the mucous membranes of the intestines and stomach.

11. Infusion of meadowsweet is a good folk remedy for the treatment of hypertension in people of any age. Prepare it as follows: 1 tbsp. l dry raw materials steamed with a glass of boiling water for forty minutes. Drink half a cup twice after a meal.

12. For two hours, a handful of shredded lettuce leaves are added to 230 milliliters of hot water. Take twice a day for half the volume.

13. A handful of fresh blueberry berries are placed for some time in 300 milliliters of hot moisture. Drink volume per day. For three weeks, it is possible to restore normal pressure in people of all ages.

14. For three weeks, hypericum will help overcome hypertension. The phyto-ingredient is suitable for the treatment of a disease complicated by atherosclerotic vascular disease. Eighty grams of raw materials is steamed with 0.4 l of boiling water for several hours. They drink one hundred milliliters up to four times a day.

15. You can permanently get rid of hypertension through oak ash. Four large tablespoons of ash are poured with one liter of boiling water and left for the whole day. Drink 50 ml three times before a meal for several weeks.

16. A few leaves from the apple tree are steamed with a cup of boiling water. After a couple of hours they drink. Repeat to relieve headaches in people of different ages several times a day.

17. Twenty cloves (seasoning) in the evening brew 0.2 l of boiling water. The next morning, divide the volume by harvesting four servings. Drink in a day.

18. A tablespoon of dried celery leaves is brewed with 230 ml of boiling water for twenty minutes. Take half a serving twice before a meal.

19. In the treatment of grade 2 hypertension, lavender helps. 10 g in 0.45 l of boiling water is kept until cooling. Use 20 ml per day.
The composition can not be used during pregnancy, otherwise the threat of miscarriage is real. 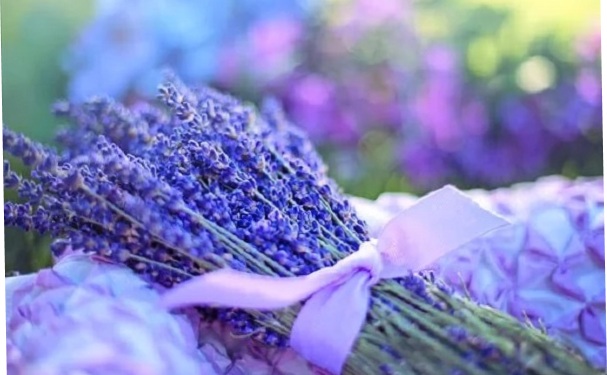