The course of treatment of colitis through phyto-infusions is up to eight months. It is allowed to take weekly breaks.

1. 100 grams of dried and chopped watermelon peels are steamed with several glasses of hot moisture. Filter after 1.5 hours. Drink half a glass up to four times a day for acute and chronic colitis of the colon.

2. You can use watermelon seeds. They are pre-dried in the sun. Eighty grams of raw materials are poured into a thermos, poured with half a liter of boiling water and kept for 2 hours. They are used before breakfast, lunch and dinner for half a cup.

3. In the fight against the distal type of disease, citrus peels help. There are 400 ml of boiling water per 100 g. After 3 hours, filter. Drink up to five times a day, fifty milliliters.

4. 15 g of dried fruits of viburnum are steamed in several cups of hot moisture. Filter through an hour. Drink a quarter cup, dividing the volume into equal shares, before meals with enterocolitis.
Treatment with viburnum berries is undesirable with increased acidity of gastric juice.

5. 30 g of field mint is steamed with several glasses of boiling water. After half an hour, filter. Use a folk remedy in half a glass twice a day before meals.

6. To 500 ml of freshly boiled water add thirty grams of steel root. After three hours, filter. Use after lunch and dinner for half a cup.

7. An effective treatment for colitis and enterocolitis is called using the infusion of gray alder bark. 15 g of raw material is poured into a glass of boiled water. After insisting, filter and drink three times a day for a large spoon. Store in the refrigerator.

8. The infusion of hogweed is effective in the spastic form of the disease. To three large spoons of raw materials add 500 ml of cool water. Withstand a couple of hours. Consume 50 ml each time before eating. The finished product is stored no longer than three days.

9. Take ten grams of fennel fruits in a glass of boiling water. In a water bath heated for 15 minutes. The cooled infusion is adjusted to a volume of 200 ml. Use with a spastic form of the disease three times in 24 hours, one third of a glass.

10. The upper leaves and tops of Ivan-tea, which has an anti-inflammatory effect, in the amount of a large spoon pour 0.2 l of boiled liquid. After forty minutes, filter. Drink 50 ml four times in 24 hours before meals.
Due to the hepatotoxicity of the plant, long-term use of willow tea is strictly prohibited.

11. In a thermos (liter) several handfuls of burdock seeds are steamed. Leave for the night. Filter in the morning. The volume is divided four times.

12. With severe bloating and discomfort, an infusion of dry rosemary leaves is taken. Two small spoons of raw material are taken in a glass of boiling water. After 2 hours, filter. Take four times 55 ml.

14. With ulcerative colitis treated with chamomile. Four tbsp. l into a glass of water. Heated in a water bath for twenty minutes, defended for two hours. They are consumed three times after meals, dividing the total volume into equal portions.

15. One large spoonful of blackberry leaves is added to one and a half cups of freshly boiled liquid. Twenty minutes later, filtered. Drink, dividing the total volume into three doses.
Prolonged use of blackberry leaves causes poisoning (vomiting, dizziness, swelling of the mucous membranes). In some cases, a violation of cardiac activity is possible.

16. The chronic form of the disease is treated with calendula. Two large handfuls of raw material are added to two glasses of boiling water. Insist half an hour and filter. Use half a cup four times.

17. It is possible to escape from severe pain in the acute form of the disease through linden. Three large spoons of flowers are poured with two cups of hot liquid. After 20 minutes, filter. They use half a cup at least three times a day as a treatment.

18. Acute and chronic colitis is treated with infusion of perforated St. John’s wort. A handful of raw materials is taken per 0.2 l of hot liquid. After 2 hours, filter. Take a tablespoon, repeating three times.
St. John’s wort is considered a slightly toxic plant. Its reception can lead to a persistent feeling of bitterness in the mouth.

19. To normalize the appetite, an infusion of basil herbs is prepared. For 220 ml of boiling water take 1 tbsp. l shredded raw materials. Stand under a towel for at least three hours. Use 1 tbsp. l four times before meals.

21. Cumin is considered an effective means to improve appetite and normalize digestion. 15 grams of seeds are mixed in a glass of hot water. Stand for 30 minutes. Use three times a large spoon without reference to the meal. 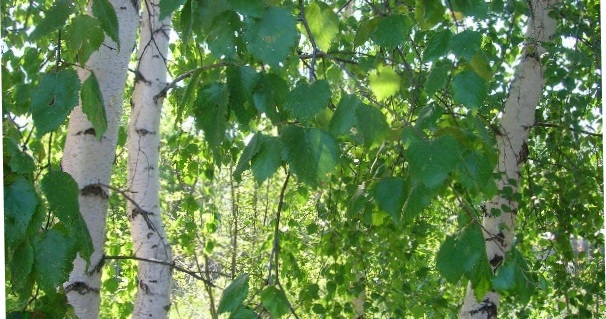