Analyzes revealed the presence of opisthorchiasis. Liver damage. This is when the larvae of the Siberian fluke parasitize in the ducts of the liver, gallbladder and pancreas.

Pain in the liver became my constant companion. The case helped. I talked to the fellow traveler. She told me about the medicine, but it is not known to Siberians, because it is not known. grows only in the south. Walnut, the fruits of which are needed in an immature form, in the stage of milky wax ripeness.
And so, it was the will of fate that I found myself in the south. It happened 10 years ago.

He remembered the medicine immediately. In the first spring I grabbed the green fruits of the nut, filled them up with two 3-liter cans and filled them with vodka, covered them with lids and put them in the basement. A month later the liquid acquired an amber-green hue.

Having tried the liquid, I sensed a rather tart, unusual taste. The hood I poured into bottles, it turned out about 3 liters.
I started taking the nut tincture the first week for 1 tsp, half an hour before meals 3 times a day. From the second week I switched to a dessert spoon.
From the third already on a table spoon accepted.

At the time of admission, the liver initially reacted palpably, but tolerantly. Yes, it could not be otherwise, because the ducts were cleared and cleared. But what surprised me pleasantly, by the autumn I had already begun to forget where this organ is located.

In the future, I switched to a honey hood and even a little regret, that he did not start with her. It turns out that it acts on parasites no worse than alcohol. But the process is more gentle and smoother.

In addition, honey extracts in addition strengthens the immune system and restores metabolism. Saturates the glands of internal secretion with microelements and biologically active substances, with which both nut and honey and «bee products» are rich.

Since then, a lot of time has passed, but never, even in my youth, I myself did not feel fine, as now, in his 54 years. 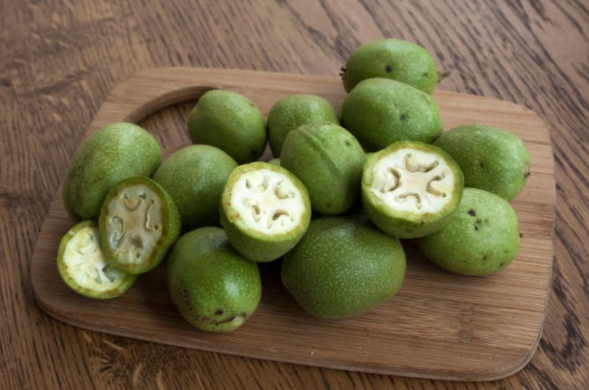