Masks and infusions from varicose veins.

Fruit, vegetable and other masks are used by traditional medicine to combat the manifestations of varicose veins on the face. The duration of the session is 20 minutes. Repeat once a day until the disappearance of the external manifestations of the disease.

1. Cut a peach, take out a stone. Rub the skin into halves. Rinse off the mask with cold water. Helps to quickly get rid of a cosmetic defect.

2. A ripe banana, crushed to a puree state, is applied to the face. Wash off the mask with cool water. Perform in the morning.

3. Inflamed areas are treated with an eggplant mask. Using a meat grinder, the peeled eggplant is ground to a pulp state. Place the composition on the skin. After the exposure time, wash with cool water.

4. Grind the parsley. Apply a thin layer to problem areas of the face. Wash off with warm water.

5. In case of facial skin damage, it is recommended to apply masks of fresh cucumber (peeled and ground on a grater) and green tea (it is better to take large-leaf, but you can also use bags).

The first course of taking phyto-infusions should last about a year, the subsequent ones last no more than two months.

1. At home, varicose veins are offered to be treated with hazelnut. Foliage and bark are suitable for preparing infusions. The selected component, in the amount of fifteen grams, is filled with 230 ml of boiling water and allowed to stand. Use after squeezing four times a day for a quarter cup. The recipe allows you to get rid of heaviness in the lower extremities and relieve swelling. Also indicated for diseases of the internal organs.
The composition is contraindicated for hypertensive patients, since it increases pressure.

2. In a 500 ml flask, place several tablespoons of dry nettle. Pour hot water and stand for at least forty minutes. They drink every time after eating the third part of the cup.

3. Four hours in 500 ml of boiling water stand a pair of medium-sized Antonov apples (pre-crushed into small cubes). After insisting, the fruits are kneaded. Fresh honey is added before use. Take with varicocele in half a glass before bedtime.

4. For the treatment of varicose veins that occurred during pregnancy, use an infusion of hop cones. 15 grams of raw materials are steamed with a glass of boiling water. They languish in a water bath for about fifteen minutes, after which they defend for another half an hour. They drink a glass three times before meals, each time preparing a new remedy.
Pregnant hop cones are strictly prohibited! In addition, regular intake of infusion can cause symptoms of intoxication. If headache, nausea, and diarrhea are observed, therapy should be stopped immediately.

5. To 100 ml of boiling water add 6 g of verbena officinalis. Insist one hour. Use up to six times a day for a large spoon to get rid of internal varicose veins without surgery.

6. To 400 ml of boiling water add a dessert spoon of clover grass. Stand under a towel for two hours. Drink after a meal in a quarter cup, repeating three times a day. Similarly, prepare and accept the infusion of clover meadow.

7. To 350 ml of hot moisture, add a teaspoon of the kidney mountaineer, stand for 1 hour, drink half a cup each time before eating.

8. To 250 ml of boiling water add 8 g of pepper mountaineer. After infusion for two hours, filter and begin to use — four times before meals, 70 ml.

9. A tablespoon of chopped carrot tops is steamed with a glass of hot moisture. Leave under the lid for 1 hour. Use in a cup before meals, doing the manipulation three times.
Carrot greens contain some alkaloids and nitrates.

10. 70 grams of dandelion roots are combined with 300 ml of boiling water for half an hour. Filter. Drink 100 ml three times with reticular varicose veins.

11. To relieve pain in the disease, it is recommended to use an extract of Gotu Kola. A teaspoon of crushed raw material is poured into a cup of boiling water and ten minutes is kept under a towel. After filtration, a little honey is introduced. Drink half a cup twice a day.

12. Boil 200 ml of milk. At the same time, squeeze the juice from St. John’s wort. The required volume is 50 ml. Combine with milk and let stand for four hours. Drink with testicular disease twenty milliliters in the morning. The course is designed for 60 days.

13. With a disease of the esophagus, an infusion of Japanese Sophora is prepared — 1 tbsp. l raw materials per 230 ml of boiling water. Stand under a towel for two hours. Drink per day. 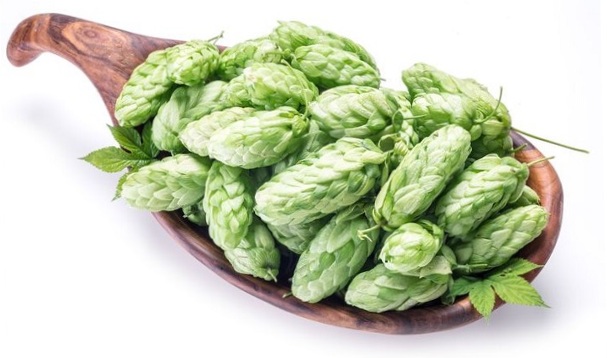