Fungotherapy is now recognized in the world practice as a priority in natural therapy. Medicinal mushrooms.
In the East this is an independent direction of medicine. It has existed for more than one thousand years.

The methods of treatment with mushrooms, which have already helped to save the health and life of many people, do not belong to the category of healing. This is an absolutely scientific approach. It is based on the mycotic theory of many diseases. When diseases are caused by pathogenic fungi.
This is confirmed not only by numerous cures, but also by serious clinical trials.

Medicinal mushrooms are much stronger than grasses by the force of action.
Each mushroom is a mini pharmacy. Mushrooms are incredibly many. Each of them
has its own properties. No wonder it was always said that this is the second pharmacy of the Lord God.

Fungotherapy (fungo — in Latin means «mushroom») is the science of treatment of medicinal mushrooms, numbering more than 2000 years. The origins of this science — in Japan and China.
In Russia, this is also one of the oldest methods of treatment. Remember the chaga, which treated Yaroslav the Wise, about morels. Morpots use for the treatment of cataracts in monasteries, the same glorified fly agarics.

Mushrooms for biomedicine are a storehouse of medicinal substances.
Penicillin was isolated from a colony of fungi of micromycetes. The remaining antibiotics from the higher fungi are the basidiomycetes.

That is, it turns out that mushrooms can be cured of all diseases?

But we, the big lovers of mushrooms, certainly during this time, having eaten a ton of different mushrooms, should have been healthy?

A pharmacist was given to the Human Creator, far superior to everything else in his abilities, but he did not understand — he became … mushrooms.

Polysaccharides of fungi can not tolerate heat treatment, alcohol, acids and salt. Here, for example, all the famous chanterelles. Have not thought — why they are never wormy?

And everything is very simple, they contain a substance — quinomania, which pests do not tolerate. Moreover, quinomaniasis also to the eggs of these pests life does not — envelops the capsule eggs, dissolves it and destroys the contents.
But the substance is a whimsical, heat treatment can not stand. Destroyed even after heating to 50 ° C. When cold salting, its salt destroys, in tincture — alcohol.
The technologist’s head was broken, until they found a way to isolate him, but now he has already proved his ability to fight helminthes both better and safer than, for example, Vermox or Pirantel.

I can cite a lot of real examples of improvements and even complete cure for diseases such as MS, Lupus Erythematosus, cancer, hypertension, resorption of benign tumors of various localizations, etc.
In the last century, the Japanese scientist-mycologist Goro Chihara singled out the polysaccharide «lentinan» from shiitake mushrooms. He was clinically convinced of his colossal anti-tumor activity.
His animal experiments at the Tokyo Oncology Center confirmed this fact.

For each disease, there is a «mushroom flacon» in nature with medicinal properties — we are only just beginning to open secrets of mushroom therapy, and much we have yet to come. 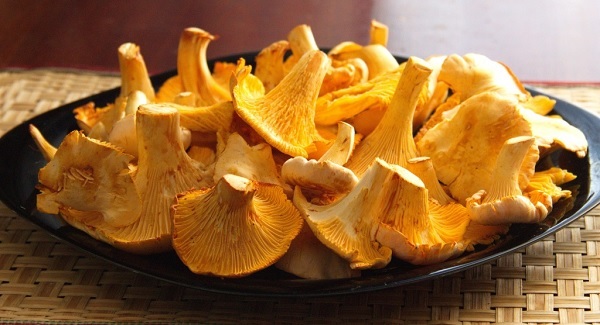