What are the consequences of malnutrition.

If the stomach is ill, this does not always mean that a person has «poisoned», and also that he has had a gastritis or «liver trouble», as our citizens most often think. Pancreatitis treatment.

The pancreas is no less important than the stomach or liver: the enzymes produced by it are involved in the process of assimilating the nutrients that a person needs to maintain health and life.

If problems with the pancreas begin, the general exchange suffers. The main manifestation of pancreatitis is also pain:
Under the spoon, either in the right upper half of the abdomen or in the left hypochondrium (depending on which part of the pancreas is not in order). The girdling nature of pain is usually associated with the defeat of the entire gland.

With an attack of acute pancreatitis, the patient is immediately hospitalized in the surgical department, where he is under constant medical supervision, since this disease can take a heavy course. Drug treatment includes agents that suppress pancreatic secretion — antacids, inhibitors of pancreatic enzymes, anticonine agents, drugs that stimulate the synthesis of trypsin inhibitors.
A mandatory curative measure is hunger. If there are purulent complications of acute pancreatitis, surgical intervention.

With an exacerbation of chronic pancreatitis to take an attack take noshpu. In order to avoid exacerbations and further progression of the disease, fractional meals are recommended in small portions with restriction of fats (especially animal origin) and carbohydrates (especially simple, these are all sweets, bread, rice, semolina).

Fried, spicy, smoked, tinned, alcohol should be completely excluded from food in order to avoid the occurrence of even greater problems with health.
Continued use of alcohol (including beer) in chronic pancreatitis leads to a significant increase in mortality.

The main reasons for the development of pancreatitis are:
Intoxication with alcohol (especially in men — in the stronger sex this is the main cause of pancreatitis);
Overeating, especially the abuse of sweet and fatty foods;
Diseases of the liver and gallbladder;
Diseases of the duodenum (duodenitis, ulcer), abdominal trauma, infections and the taking of a number of drugs (immunosuppressants, antibiotics, sulfonamides, corticosteroid hormones, estrogens).

Chronic pancreatitis can also develop against a background of sugar diabetes.
Chronic pancreatitis associated with cholelithiasis usually occurs when moving small stones and sand along the bile ducts. Prolonged and severe exacerbations of pancreatitis are observed after treatment, which promotes the release of stones from the gall bladder into the intestine. The fact is that the pancreas emerges a duct that connects to the bile duct, forming an ampoule.

According to it, pancreatic juice and bile enter the duodenum. But stones from the gallbladder can enter the ampoule and block it. And then both bile and pancreatic juice containing active enzymes can not flow into the duodenum, and under pressure penetrate into the tissue of the pancreas, causing its damage. And with diseases of the duodenum with a violation of its motor function, it stagnates contents, increases the pressure in the lumen of the intestine, and this disrupts the outflow of juice from the pancreatic duct, and even the contents of the duodenum can be poured into the pancreas. These pathological processes lead to the development of pancreatitis. 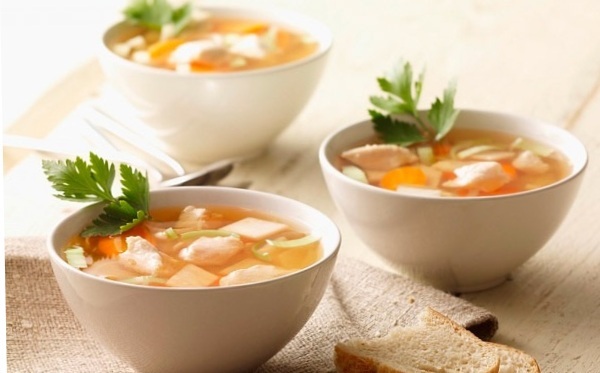