Problems with nails in women, indeed, there is not enough. But it is quite possible to cope with the main ones on their own.

• If the nail is too low to score. He quickly breaks in this place. You can avoid this. If filing nails as much as possible parallel to the line of the fingertip. Along the sides do as little as possible bevel.

To help yourself with such a break, you can cut such a nail. or try to save it by repair. To do this, apply a drop of special glue to the crack. After drying apply one more layer of glue. Then sand with a file. Cover the nail with a varnish.

• Friability of nails often depends on the supersaturation of the body with calcium. Therefore, beauticians are often advised to stop taking calcium-containing products.

Also in this case, as with the brittle nails caused by other reasons, you should cover the nails with a base. It contains protein. Then they will become more elastic.

• Nails need a certain amount of fat. In order to maintain its elasticity. If the fat is not enough. For example, due to illness. They become dry and brittle. This can also be caused by a lack of vitamin B in the body.

With such manifestations it is recommended to eat salmon, tuna, chicken more often. In addition, you should use a nail polish remover without acetone. Daily rub cream or oil for nails.

This is to improve their elasticity. If possible, you need to use a hand cream. It simultaneously provides active substances and nails.

• Stratification of nails often occurs if you cut them with scissors or use a blunt file. Often fingernails break off from a lack in the body of proteins and silicon. In this case, you should eat more rice, nuts, eggs, potatoes and cucumbers.

It is highly recommended not to cut the nails to the base, but always file them. Do not use metal nail files, giving preference to thin emery or sapphire fillets that allow the nails to be treated very gently. It is useful to apply a base containing protein to the nails and rub the avocado oil into the cuticles.

• Too soft, thin, weak nails — quite a frequent phenomenon. They easily break off.
To strengthen, you must, first of all, provide nails with vitamins and minerals. You can also use the means to strengthen the nails and varnish.

• Coping with burrs, in addition to regularly removing them with skin tweezers, will help daily
rubbing oil or cream, especially after washing your hands.

• Thick cuticle is usually formed if it is not shifted and cut too low. To solve such a problem, it is recommended to gently squeeze the cuticle roller every time during a manicure with a soft file. It is also useful to regularly rub the oil for the nails, and after each washing of the hands slightly move the nail peel with a towel. 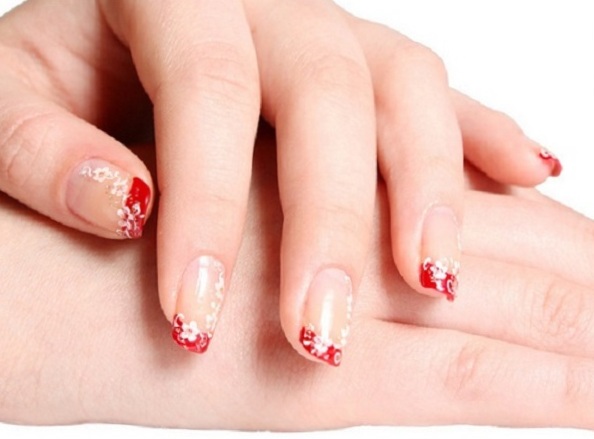