Under reflux esophagitis understand the throwing of gastric contents into the esophagus, as a result of which inflammation of the mucosa develops. The cause of the pathology is often gastritis.

Recipes offered by traditional medicine based on phyto-collections help to cope with unpleasant manifestations of the disease — belching, nausea and vomiting. Their intake should be carried out for at least two months. Ideally, the fees alternate a few weeks after the start of use.

1. Take a few tablespoons of chamomile pharmacy and flax seeds, 1 tbsp. spoon of lemon balm, motherwort and licorice roots. The required amount of dry mix for the preparation of folk remedies is 30 grams, which are added to 0.5 liters of boiling water. It is kept in a water bath for at least 10 minutes, after which it is left to infuse (2 hours). Filter and take 1/3 cup four times a day. Infusion reduces pain, relieves inflammation of the mucosa.

2. Take under Art. a spoonful of calendula flowers, fireweed, oregano, white cinnamon, mint leaves, rhizome of calamus swamp, anise fruits. After mixing, the herbs are ground. Take 30 g of the mixture and pour a liter of cool water. The folk remedy is infused for two hours, after which it is sent to a water bath for 20 minutes. After another hour, the medicine is ready for use. You need to drink at least three glasses a day — half every two hours. The last dose is before bedtime.

3. Take 30 grams of the rhizome of the mountaineer, plantain leaves, shepherd’s purse, medicinal dandelion, oregano, pharmacy chamomile, grass and yarrow inflorescences. Pour two tablespoons of the collection with two glasses of hot water, leave for 60 minutes. After a quarter of an hour, obscure over low heat and insist again for 30 minutes. Drink 100 ml six times a day before meals.
The drink contains plantain, which stimulates the production of gastric juice. For patients with esophagitis who are recommended a sparing diet, this is not very good.

5. The recipe is relevant for home treatment of acute reflux esophagitis. 10 g of pre-crushed dill seeds are placed in a glass of boiling water and insisted for a couple of hours. Take strained infusion four times a day.

6. The following folk remedy for reflux esophagitis has a similar effect: 30 ml of aloe juice is diluted in 50 ml of boiled water and taken daily on an empty stomach for 1 month.

7. To treat a chronic disease, use this recipe: mix a few tablespoons of mint and wormwood with a teaspoon of chamomile. The mixture is poured with a liter of boiling water for several hours. After filtering and drinking half a glass twice a day for three weeks.

8. It is proposed to cope with erosive reflux esophagitis with the help of such a means: a collection of 10 g of oregano, anise, lemon balm, marigold, roots of the mountaineer and crypt, in the amount of Art. tablespoons put in a glass of boiling water and stand for several hours. Drink the filtered medicine every 60 minutes in 50 ml. The course is two weeks.

9. Treatment of superficial reflux esophagitis is carried out as follows: for a dessert spoon of chamomile, St. John’s wort, calamus root. Pour the mixture with 0.5 liters of boiling water, bring to a boil over low heat and let it brew for several hours. The broth is taken in 1/4 cup three times a day for 2 weeks. After a seven-day break, the course is repeated.

10. To facilitate the non-erosive form of reflux esophagitis, it is indicated to use a collection of two tablespoons of pharmacy chamomile, plantain and flaxseed, one tbsp. spoons of licorice, motherwort and lemon balm roots. The herbal mixture is poured into 600 ml of hot water, placed in a water bath for 20 minutes and insisted in a warm place for half an hour. Ready-made folk remedies take 150 ml four times a day for 3 weeks.

11. The peptic form of inflammation is treated with the following recipe: 30 g of rose hips are placed in a liter of boiled milk, insisted for five hours and strained during the day instead of tea. The recommended course is a month.
Long-term use of rose hips has a negative effect on liver function, including non-infectious jaundice.

12. An infusion of the following components is considered effective in the treatment of reflux esophagitis: celandine herb, yarrow, chamomile, St. John’s wort (all 20 grams each). Herbs are thoroughly mixed and take Art. a spoonful of finished raw materials. Pour boiling water in an amount of 400 ml and let it brew for no more than 5 minutes. Drink 200 ml once a day for three weeks. 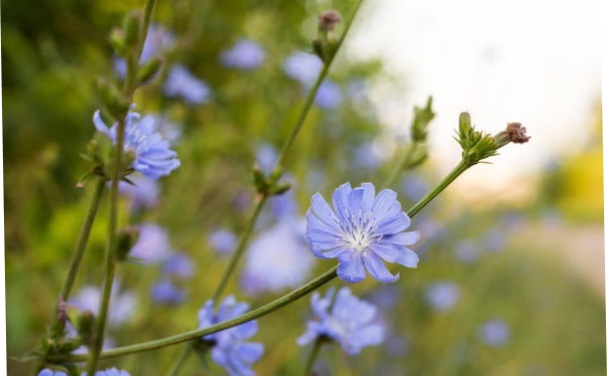