Home-made syrups are considered a quality alternative to pharmacological drugs. In addition to helping to cure the disease, they promise to strengthen the body and lack of addiction. Therapy is applied for about three weeks.

1. Several liters of water are poured into an enameled container and brought to a boil. Take a large lemon, washed thoroughly and make several punctures on the skin. Place the lemon in boiling water and boil for about five to seven minutes. When the lemon has cooled, juice is squeezed out of half of it and poured into a glass. Add a couple of large spoons of glycerin.

The remaining empty volume of the glass is filled with liquid honey. A container with a ready-made product is placed in a cool place for a couple of hours. The dose for children is half a tablespoon, for adults — a whole spoon. Repeat treatment from two to seven times a day, focusing on the severity of symptoms and the form of the disease. The recipe helps to cope with a strong cough, increases the body’s resistance and helps fight the pathogen.

The syrup is not suitable for people with gastrointestinal tract problems, as it can aggravate the course of the pathological process and cause a number of complications.

2. When asked how to get rid of the disease, folk healers give the right recipe. To prepare the syrup, take several medium-sized onions, honey and milk. Onions finely chopped, pre-peeled. They are placed in an enameled container and filled with milk (it should cover the onion).

Boil until the onions soften. Filter, and then half a glass of honey is introduced into the composition. Children are given a dessert spoon no more than three times a day, adults are shown to drink syrup every hour in a tablespoon. A syrup is especially useful if you need to cure an atrophic form of the disease.

3. Inveterate bronchitis is treated with sugar and onion syrup. The remedy is often called «onion honey.» To prepare it, take a glass of granulated sugar, dilute with a liter of pure moisture and place in the resulting composition several whole onions (peel off the husks).

Cook over low heat until half the volume remains. After the bulbs are removed, the syrup itself is allowed to cool. Drink half a glass. Repeat as necessary, but not more than twice a day.

4. Effective treatment at home, especially in children, occurs with the use of black radish. The root crop is taken small. It is thoroughly washed under running water and the core is removed with a sharp knife, after cutting off the top. It turns out an impromptu «pot».

Two glasses of honey are poured into the depression formed after the manipulations. After the radish is placed in a container and sent for several hours to a dark place, covered with the top. Soon, the fruit begins to let out juice.

If possible, it is better to wait for the entire portion of the medicinal syrup, leaving the radish overnight. In the morning, the sweet folk remedy is poured into a glass container and they begin to receive — for a teaspoon four times a day for children and in the dining room — for adults. Treatment takes one to two weeks. One fruit for the preparation of syrup can be used for several days. Helps with severe coughing.

5. A handful of chopped black radish is placed in a one-liter jar. Pour a tablespoon of honey on top. Again, pour radish and pour over honey. Layers are laid to the top. Leave for a couple of days in the refrigerator until a syrup is prepared that helps to overcome the disease forever.

The tool is used to treat children and adults. The former use a teaspoon twice, the latter — a tablespoon up to four times a day. Treatment allows you to recover faster after bronchitis, including candidiasis treatment, as it strengthens the immune system.

6. When an acute form of the disease attacks, a propolis-based syrup is prepared. To ten grams of beekeeping product add 100 g butter and a similar amount of flower honey. Pre propolis is ground on a grater, and the oil is melted in a water bath. The components are thoroughly mixed. Use a teaspoon in a glass of water three times. Ready syrup is stored in a cool place.

The composition is highly allergenic. Before taking it, you should make sure that there is no reaction to beekeeping products.

7. Chronic bronchitis is recommended to be treated with badger fat syrup. It must be fluid. In a proportion of three to one, flower honey is bred. Use three times ten milliliters, preferably on an empty stomach.

8. A handful of viburnum berries, crushed to a puree state, is added to 300 ml of honey. Syrup is taken three times a day for a couple of dessert spoons, washed down with boiling water or tea. The medicine can be used in the treatment of children and adults. Sometimes it helps with bronchitis in pregnant women.

9. The asthmatic disease is treated with syrup made from two hundred grams of chopped aloe leaves, two hundred milliliters of fresh honey and a similar amount of strong red wine. Defend a folk remedy for at least ten days in a cool dark place. Take a tablespoon on an empty stomach three times a day. 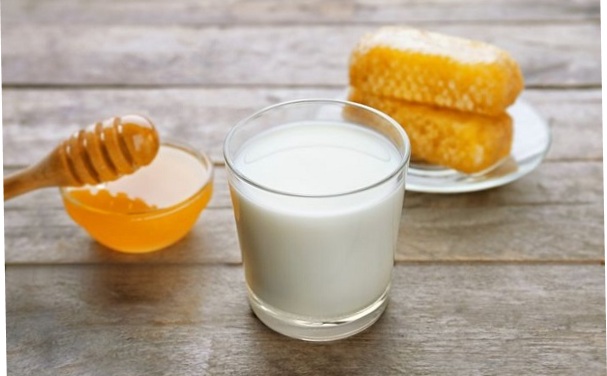