Reception of phyto-infusions helps relieve the symptoms of the disease, including an explosive cough. Treatment of such a plan is recommended to be performed before relief.

1. A couple of tablespoons of blackberry leaves are brewed with 500 ml of hot water. After an hour, filter. Drink during the day. It can be used for children from 6 years old.

2. A few small spoons of European ungulate brew 220 ml of boiling water. Two hours later, filtered. Take the infusion no more than four times a day for a tablespoon. The recipe is suitable for relieving mucosal inflammation and sputum discharge, therefore, it can be used for tracheitis and bronchitis.
The plant is extremely poisonous. Regular intake and increase in dosage can lead to poisoning.

3. Together with rhizomes, grass of an ordinary millipede is ground. Take three tbsp. l., pour cold water in an amount of 220 ml. Leave for an hour. After draining the water. The resulting cake is poured 1 tbsp. boiling water. After 60 minutes, it is again filtered and the liquids are combined. Take the drug for tracheitis, bronchitis and laryngitis. Daily dose — 400 ml. You need to drink in small sips.

4. From a dry cough, an infusion of creeping thyme helps. Five dessert spoons of dry raw material are taken for 240 milliliters of boiling water. Insist a short time. Take a large spoon up to six times in 24 hours.
Such a recipe is strictly contraindicated for children. With caution, the infusion should be taken for people with heart failure and kidney disease.

5. Anti-inflammatory infusion prepared from high mullein. Two teaspoons of crushed leaves of the plant are brewed with 200 ml of boiling water. After an hour, filter. During the day, they make three doses of several sips.

6. Veronica officinalis helps against coughing. 150 ml of boiling water take a large spoonful of raw materials. After two hours, filter through cheesecloth. Use a large spoon every time before eating.

7. Grind the stems and leaves of the mallow. Three dessert spoons are separated, 300 ml of hot liquid is steamed. After two hours, filter. Drink 150 ml twice a day.
Taking mallow can cause a serious allergic reaction.

8. Take ten parts of fennel, mint and creeping thyme, combine with fifteen parts of licorice root and plantain, add twenty parts of coltsfoot. All components are thoroughly mixed and ground. Separate four large collection spoons. In 800 ml of boiling water is brewed for an hour. After being filtered and heated in a water bath. Use 400 ml per day, breaking the volume into several doses. A little honey is added to each serving. The finished product is stored in the refrigerator.

9. Mitigation of nettle contributes to the mitigation of cough at home. Dining room pour a liter of boiling water and stand for 24 hours. The strained composition is drunk several cups a day, preferably before meals. Recommended for children over seven years of age (half a cup twice a day).

10. Expectorant properties give infusion of oregano ordinary. A glass of hot water is poured ten grams of dry oregano. Strained folk remedy is drunk in the third part of the glass three times a day.

11. Prepare a collection of half a tablespoon of clover grass, 1 tbsp. l fennel fruits, mint, plantain leaves, marshmallow root, thyme grass, licorice root. Add a couple of tbsp. l leaves of coltsfoot. Ten grams of raw material are separated, mixed with boiling water, in an amount of 400 ml. After half an hour, filter. Take warm in half a cup three times a day.

12. Mix 10 g of leaves of coltsfoot, 20 g of leaves of plantain, 25 g of grass of horsetail. Add 35 grams of primrose flowers. Take 15 grams of collection, pour 250 ml of boiling water. After an hour, filter. Drink half a cup twice a day before meals.

13. Mix 15 grams of violet grass and leaves of coltsfoot, 25 grams of plantain leaves and 35 grams of licorice root. One Art. l harvest steamed with boiling water (350 ml) and kept under the lid for two hours. Filter. Drink half a cup three times a day before meals.

14. In a glass of boiling water brew 1 tbsp. l leaf green tea. After 10-12 minutes filter. Add half a teaspoon of honey and ginger on the tip of the knife. Drink in the evenings. Instead of ginger, fresh raspberry leaves can be used for treatment, especially if the composition is intended for children.
Too frequent use of green tea helps to remove beneficial trace elements from the body. During the illness, this is unacceptable, because the body is already weakened.

15. On a coarse grater rub a piece of ginger root. Pour hot water and stand for about fifteen minutes. Filter and inject 1 tsp. honey. Stir and drink the drink twice a day for half a cup.

16. To 500 ml of boiling water add 2 tbsp. l plantain large. Stand under a towel for 1 hour, filter. Drink half a cup three times a day before meals.

17. Several art. l crushed Althea roots pour a glass of cold water. Stirring, stand for half an hour. An additional 200 ml of water is added to the drained liquid. Drink 60 ml four times a day. 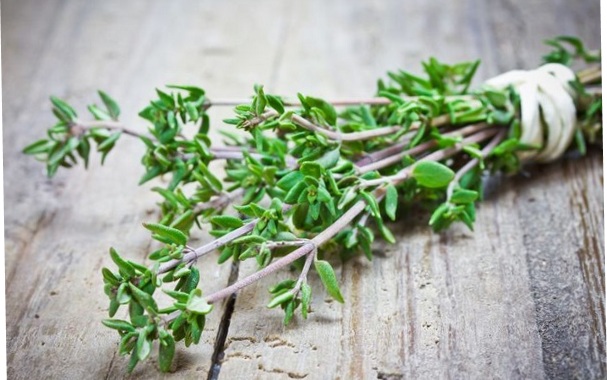