Performing baths at home helps to get rid of the fungus in the female and male parts, eliminate onychomycosis and get help with infection of the anus. Therapy is performed for up to four months.

1. Foot fungus is treated with tea tree oil. About twenty drops of essential oil are added to a basin of warm water (at the level of the ankle). Dip into the pelvis legs, hold for a quarter of an hour. Water in the basin should be constantly heated (at least 45 degrees). Baths are performed daily.

2. With onychomycosis, good results are given in baths with hydrogen peroxide 3%. Two large spoons of the product are diluted in a liter of water 50 degrees. The procedure is performed for a quarter of an hour, repeating twice a week. Instead of hydrogen peroxide, it is possible to use dead water with a negative reduction potential (anolyte).

3. You can get rid of onychomycosis at an early stage through vinegar. Water for the procedure is taken at least 50 degrees. Pour into the pelvis to the level of the ankle, add a glass of 9% table vinegar. In the solution, the legs or hands (also indicated for mycosis on the palms) are held for fifteen minutes. After the session, put on cotton gloves or socks. Repeat treatment once a week.

4. An effective tool to combat nail fungus is called regular coffee. True, it must be very strong. The affected finger is placed in the cup with the drink, performing a session before bedtime. Several treatments are recommended.
The effectiveness of the prescription has no scientific and practical evidence.

5. To three liters of hot water add the whole plant of milkweed. After two hours, filter and heat to 50 degrees. Dip into the composition of the legs or arms, hold for at least half an hour. Perform sessions every three days.

6. Dissolve a large spoonful of soda and salt in a basin with well-warm water. The limb affected by the fungus is kept in solution for at least ten minutes. After washed with clean water. The course is ten procedures.

8. Pour into a basin of strong wine vinegar. Lower your legs. The duration of the session should not be more than five minutes. After putting on warm socks. The course consists of five procedures.

9. For foot treatment, St. John’s wort and birch leaves are mixed (1: 1), poured with water and boiled. Pour the broth into the basin. Hold in the composition of the legs for ten minutes, after which they rub well and put on the socks of their cotton fabric. Therapeutic reception is carried out before healing.

10. To 1.5 liters of water add 60 grams of crushed celandine. Boil for three minutes. Pour the broth into a bowl, where the legs or arms affected by the fungus are lowered. Take a bath for at least ten minutes. Repeat in the evenings.

11. To seven liters of warm water add three large spoons of grated antibacterial soap and a similar amount of baking soda. Pour into a basin where they lower their arms or legs. Hold for twenty minutes. Treatment is performed before bedtime.

12. Prepare a medium strength solution of potassium permanganate. Lower legs or arms into it for five minutes. Sessions are repeated in the evening, after which gauze impregnated with the same solution is applied to the affected area.

13. Fifteen grams of sea salt are dissolved in a liter of warm water. Two weeks do such baths for the extremities affected by a fungus (onycho- and dermatomycosis), repeating in the evenings.

14. Four large spoons of apple cider vinegar and 100 g of sea salt are dissolved in five liters of warm water. Use for foot baths in the evenings.

15. In a liter of boiled moisture dissolve a teaspoon of copper sulfate. Thus, a concentrated solution is prepared. To prepare the bath, dilute 1.5 small spoons of the product in 1.5 liters of hot water. A procedure is performed to get rid of onychomycosis for a quarter of an hour every evening.

16. In two liters of hot liquid dissolve a couple of large spoons of crushed tar soap. If the feet or nails are affected, the procedure is performed for fifteen minutes. The course is a week.

17. If the lower extremities are affected by the fungus, including the heels and the area between the fingers, prepare baths with shag. 1 liter of water accounts for 1 tbsp. l shag. Boil for half an hour. Poured into a basin (water temperature 60 degrees). The session is continued until the liquid is completely cooled.

18. In the treatment of infection on the hands using ylang-ylang essential oil. 10 drops are injected into three liters of well warm water. Hold in the hands until completely cooled. After dry wipe the skin and wrap a warm towel. Sessions are shown to perform in the evening. After it is not recommended to come into contact with water, smear hands with cream, etc.

19. To a liter of hot water add 1.5 large tablespoons of sea salt, 1 tsp. essential oil (any) and 1 tsp. lemon juice. Baths are carried out with onychomycosis daily for ten days.

20. 5 g of oak bark is boiled for 10 minutes in two liters of water. Legs or hands are lowered into the filtered liquid. After a quarter of an hour, wipe dry. Do every night for eight days.

21. In a liter of hot moisture, 20 drops of tea tree essential oil and a spoonful of shower gel are dissolved. A procedure is carried out to get rid of onychomycosis within twenty minutes before cure.
The indicated amount of essential oil can lead to the development of an allergic reaction.

22. Prescription for those suffering from advanced onychomycosis. One tsp henna is dissolved in two liters of hot liquid. Session spend a quarter of an hour.

23. Foot fungus at a late stage is treated with trays with mouthwash Listerin. It is mixed with lemon juice at a rate of 1: 1, after which it is diluted with warm water. The procedure is continued for at least a quarter of an hour in the evenings.

24. With vaginal candidiasis and the presence of itching in the anus, baths with chamomile are carried out. To prepare the solution, 30 g of raw material are taken, mixed with two liters of boiling water and insisted for at least an hour. Filter. Each time a new remedy is prepared. The session is performed for 20 minutes.

25. Sedentary bath for getting rid of candidiasis on the penis and vagina. To three liters of moisture add a liter of lapacho infusion (5 tsp. Raw materials), five drops of bergamot essential oil, three drops of tea tree, cinnamon and oregano oils, 1 tbsp. l cream. The procedure is performed once a day for 10 minutes.
The composition can cause allergies, that is, aggravate the symptoms in the form of burning and itching.

26. You can treat onychomycosis with urine. Collect it for three days. This amount is enough to fill the pelvis. Before use, urine is heated. The procedure is carried out for a quarter of an hour, repeating twice a day. A few days later, the disease promises to go away forever. 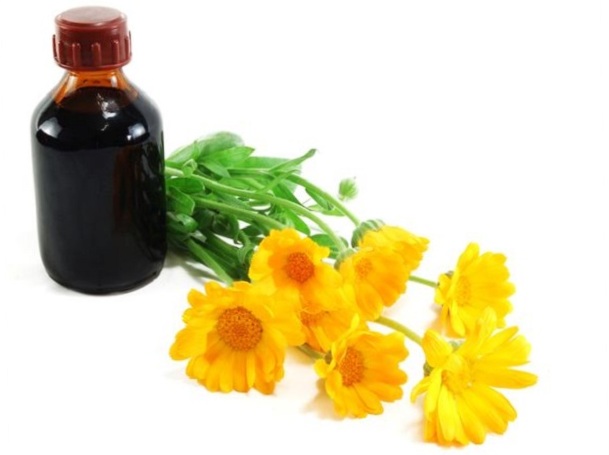