Myoma is a benign tumor composed of muscle tissue. Often observed on the wall or in the uterine cavity, less often in the abdominal cavity and large intestine.

Myoma localized in the uterus arises due to active cell division of the organ, stimulated by increased secretion of estrogen hormones and causing the formation of nodes. Among other reasons, it is customary to single out early sex life, mechanical stress (abortion, traumatic birth) and some gynecological pathologies, including adenomyosis and endometriosis. Often, tumor formation is preceded by an ovarian cyst.

Gynecological disease is one of the most common among women of late reproductive age and in the period of menopause. Myoma can be recognized by the following signs: profuse whitish discharge, too painful menstruation, pain in the lower abdomen and regular constipation.

According to the number of nodes, the tumor is single and multiple, depending on the localization in the uterus — sumbucous, intramuscular, subserous, intraligamentary and interstitial. Along with a small tumor, uterine fibroids of large sizes are found.
Despite the benign nature, the tumor has a chance to degenerate into a malignant formation. In case of untimely appeal to the doctor, the entire uterus can be removed.

Official medicine has a number of tumor control methods aimed at stabilizing the nodes and preventing the formation of new ones, reducing bleeding and pain. Adherents of alternative care offer the treatment of fibroids folk remedies.

People’s doctors know how to treat fibroids at home, recommending an integrated approach to the problem. One of the methods is compresses, they are also poultices. Help in resorption of the tumor and preventing its growth. The course, as a rule, lasts no more than one and a half weeks. If necessary, take a short break and repeat the treatment.

Applying compresses is categorically not recommended in case of poor health, including fever and problems in the digestive tract.

1. Three handfuls of pharmaceutical clay are diluted with warm water until a porridge-like consistency is obtained. Massage is applied with massage movements to the lower abdomen, sides and back. Cover with a scarf, cling film and a woolen scarf. They withstand the compress for half an hour, after which they take a warm shower. The procedure is carried out for a week. A second course begins in three days.

2. Take a few large spoons of candied flower honey, ten spoons of pine rosin and two of vegetable oil. Stir until a viscous mass. A small amount is taken, a cake is prepared and placed on the pubis (hair must be removed first). A piece of bandage is placed over the cakes. They wear it for three days, after which they change it.

3. Boil a cup of pearl barley porridge until half-cooked. Combine with 50 ml of clover decoction (a pinch on an incomplete mug). The finished mass is placed on a piece of thin tissue and transferred to the lower abdomen, covered with polyethylene and a towel. Hold the hour. Perform the procedure daily for a week.

4. Onion head is cut into two halves and baked in an oven. Allow to cool slightly and impose on the lower abdomen, previously covered with a cloth. Compress hold for half an hour. Repeat treatment twice a day.

5. In a glass of water until swelling, leave three tablespoons of crushed prunes. At the same time, the onion is baked in the oven, which, after cooling, is crushed into gruel. Combine with prunes and add a handful of wheat flour. The resulting mass is transferred to a tissue section. Compress is applied to the lower abdomen for one hour. Do the procedure twice a day. 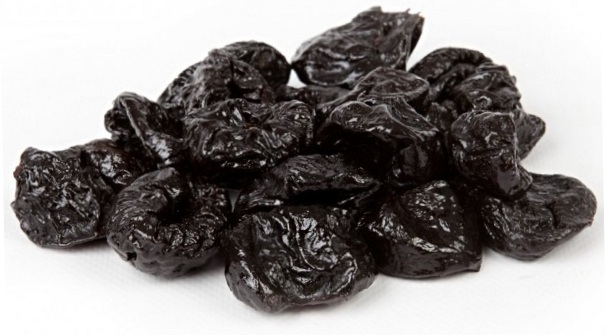