Sinusitis has a second name — maxillary sinusitis. The disease is a unilateral or bilateral inflammation of the maxillary sinus. The causative agents are fungi, viruses and bacteria. Depending on the route of infection, hematogenous, polypous, rhinogenic, monotonous and traumatic types of the disease are distinguished, depending on the degree of course, catarrhal or acute, purulent and chronic (parietal).

When treating sinusitis at home, inhalation is assigned one of the main roles. Through the procedures, you can quickly get rid of the mucus that has accumulated in the sinuses of the nose and eliminate the purulent contents. Performing sessions is recommended for at least five days. The duration of each is 10-20 minutes.
During steam inhalations, a strong heating of the face occurs, which is fraught with complications in the acute form of the disease.

1. Boil one potato without peeling. Water is drained, potatoes are slightly crushed with a fork. Bend over the pan, covering his head with a towel. Steam is inhaled for ten minutes if a catarrhal type of inflammation is observed.

2. Prepare a decoction of calendula — a handful of raw materials in two cups of water, boil for half an hour. Allow to stand for five minutes, and injected a few drops of eucalyptus oil. Breathe over the steam for fifteen minutes. Catarrhal and purulent sinusitis are treated.

3. Four drops of eucalyptus oil, the same amount of tea tree oil, two drops of ginger and black cumin oil are poured into a liter of boiled moisture. Leaning over the container and covering his head, carry out the procedure.

4. Mix one part of lemon balm and peppermint. Twice as many plantain leaves are added. A tablespoon of raw materials is steamed with 500 ml of boiling water for twenty minutes. After warming in a steam bath, add a few drops of eucalyptus oil. The composition is also used for instillation into the nose.

5. Prepare a saline solution (in a glass of water, two dessert spoons of table salt or sea salt without flavorings). Add a few drops of arborvitae oil. It is useful to apply for chronic sinusitis.

6. A couple of liters of moisture are boiled in an enameled container. A few tablespoons of alcohol tincture of propolis are introduced (10 g of propolis per 100 ml of vodka). They bow over the container, covering their heads with a towel, and breathe for at least ten minutes.

7. An infusion of ivy buds (five grams of herb per one and a half cups of boiling water) and yarrow (10 g per 200 ml of water) is prepared. After filtration, both infusions are combined. Heated and used for steam inhalation in the morning and evening.

9. Eight cloves of garlic are crushed, mixed with ten milliliters of apple cider vinegar. Place the mixture in a thermos and steam with a mug of hot liquid. Once a day, bending over the container and covering his head with a towel, inhale the steam for twenty minutes.
With inept use of the drug, you can get a mucous burn.

10. Red brick is well heated. Lay on the bottom of the bucket. Top pour infusion of tea mushroom. Cover your head with a towel and inhale the vapor for five to seven minutes three times a day. Repeat ten days.

11. Fifteen drops of sea buckthorn oil are added to the pot with boiling water. Vapors are inhaled no more than seven minutes three times a day. 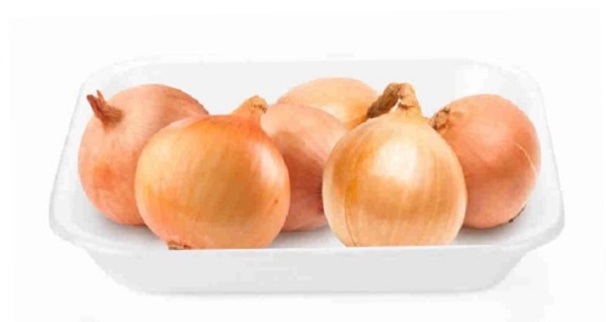