Urolithiasis is manifested by the formation of stones in the kidneys, bladder or ureter. The stones are divided into oxalates (calcium salts), phosphates and urates (uric acid). Xanthine, cystine and cholesterol are less common. Their number varies from one to a couple of hundred, sometimes sizes reach 12 cm.

The main reason for the development of a pathological situation is a violation of metabolic processes, under the pressure of which insoluble salts are formed in the body.

Predisposing factors are a lack of vitamins, poor-quality food, bone injuries, etc. Pathology manifests itself with lower back pain, the presence of blood in the urine, and renal colic. The acute form is accompanied by fever and vomiting.

Help the patient with the disease is to use methods that relieve acute pain and discomfort, contributing to the removal of «stone» formations from the body. Folk doctors say that treatment of urolithiasis is more effective
folk remedies.

Phyto-infusions for the treatment of urolithiasis are prepared at home from dry raw materials (fresh is less often used). The duration of therapy is from two to four months, but if severe symptoms persist, it can continue until relief occurs.

1. A few pinches of grass half-bales are steamed in an enameled container with a quarter liter of boiled moisture, leave for seven minutes. After sent to a water bath, where they stand a quarter of an hour. At room temperature, the composition is cooled and then filtered. The volume is adjusted to the original by adding pure water. Consume one hundred milliliters three times before meals. The infusion can be prepared in another way: 2 large tablespoons of herbs are steamed for an hour in a thermos with a cup of boiling water. The reception schedule is similar.
The infusion destroys tooth enamel, which is why it should be taken through a tube with further rinsing the oral cavity with clean water. Contraindications to therapy are osteoporosis, rickets and renal osteodystrophy.

2. A tablespoon of bearberry is steamed with a mug of boiling water. After half an hour stay of the composition in a water bath, cool and squeeze the raw materials. The volume is adjusted to the original by adding a clean liquid. Before taking the infusion is heated. Drink a tablespoon up to five times a day. There are other cooking options. 1) 4 filter bags with bearberry raw materials (purchased at a pharmacy kiosk) are placed in a glass container and one hundred milliliters of hot moisture is added. Stand under the lid for thirty minutes. They use a third of a cup up to three times a day. 2) With cystitis, they take independently collected and dried raw materials — one part accounts for ten parts of water. Stand in boiling water for a little less than 1 hour. Use 15 ml three times a day.
People with kidney failure cannot use bearberry infusions because of the high risk of complications.

3. Two small spoons of Veronica officinalis in 240 ml of boiling water insist one hour. Filter, add half a small spoonful of tincture of golden mustache (fifty dried rings are kept in a liter of vodka for two weeks). Drink 50 ml per full stomach. The number of repetitions is three.

4. Three teaspoons of heather are placed in an enamel container and steamed with a glass of boiled liquid. Leave under the lid for one hour, then filter through a sieve. The volume is calculated per day. It is divided into equal portions and taken before a meal.
It is better to avoid taking heather with a pathology of the stomach, accompanied by decreased secretion of gastric juice.

5. Pour a teaspoon of madder plant dyeing 250 ml of warm water. Leave for eight hours, wrapped in a towel. Filter. The resulting raw materials are again filled with moisture in an amount of 230 ml, this time hot. After a quarter hour, filter. Two infusions are combined and drunk per day. Helps overcome sand-based formations in the bladder.
Taking madder dye in case of renal failure can result in dangerous complications.

6. Washed a large handful of millet. Spread in a glass container and steamed with three liters of boiling water. Leave for a day at room temperature. Take the suspension formed on the surface of the water in any quantity. Millet is poured with water repeatedly until the infusion changes its taste. Thus, they quickly cleanse the urinary system of stones and get rid of cystitis in women.

7. The following recipe helps in relieving inflammation: half a three-liter jar is filled with washed millet. Pour boiling water to the top and mix. Leave to be stored for a day, sheltered from sunlight. After filtering at home, take the medicine in unlimited quantities. 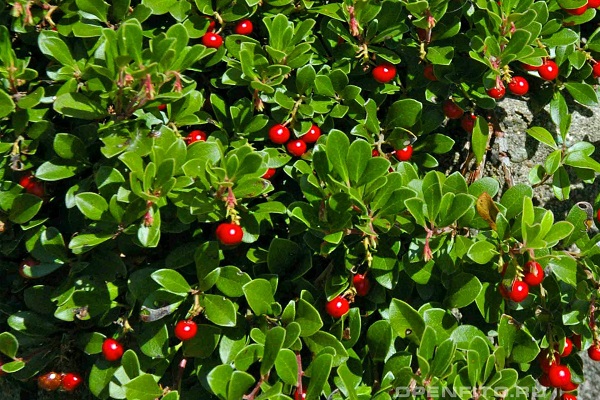