Why is alcohol dangerous?

In addition, under the influence of alcohol, a large amount of enzymes is released by the gland, while the volume of the juice remains the same, which leads to the formation of «plugs» from enzymes that cover the smallest ducts of the gland, disrupting the outflow of juice.

The walls of the ducts have nothing to do with how to skip these enzymes in organ tissue, and instead of digesting food, enzymes begin to damage and digest the pancreas itself!

And alcoholic beverages contain alcohol ethanol, which is converted in the liver to acetaldehyde, and he, in turn, exerts an even more harmful effect on the cells of the pancreas than ethanol itself, reducing their resistance to damaging factors.

For the treatment of chronic pancreatitis it is possible to compile a mini-collection from the roots of burdock, chicory, dandelion.
Shredded roots are taken in equal parts.

The broth is prepared as follows:
2 tbsp. Spoons of raw materials pour a liter of water, boil for half an hour on a small fire, insist an hour, take 1/2 cup 4 times a day.
If there is an opportunity to collect the roots (dandelion, chicory, burdock) on their own, wash, dry, grind them on a coffee grinder to a powdery state, treat with ultraviolet for at least 20 minutes, then I recommend taking powder from the roots in 1/3 of a spoon 3 times a day Throughout the winter.

When preparing a phytosbora for the treatment of chronic pancreatitis, it should be borne in mind that plants that promote the development of their own enzymes and provide substitution therapy that have choleretic and spasmolytic effects are necessary, and also herbs that repair the cells of the liver and pancreas are needed.

Big phytosbora: burdock, dandelion, chicory for 1 part; Cumin, lemon balm, calamus, oregano, 0.5 parts.
The broth is prepared as follows: 2 tbsp. Spoon collection pour a liter of water, boil for 20 minutes over a small fire.
Insist under the lid for 40 minutes. Take ½ cup 4 times a day for 15 minutes before meals.

Medicinal fees for the treatment of chronic pancreatitis are taken for 1.5 months, alternating between them.
For example, take first a mini-collection of roots — 1,5 months, then a large phytospora — 1,5 months, and then powder from the roots for 3-4 months. 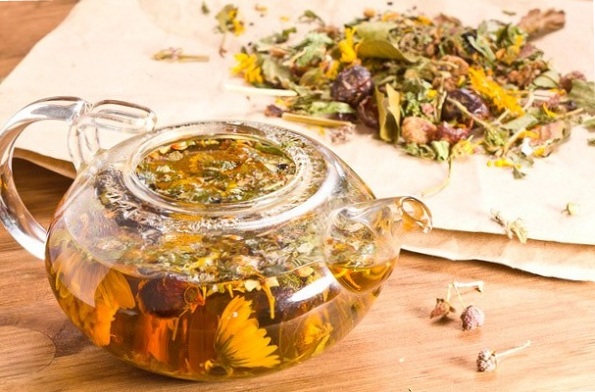