Folk methods of treating colitis are diverse. All of them are recommended for quick and effective elimination of discomfort and the fight against manifestations of the disease at home.

With severe diarrhea, the use of activated carbon is recommended. It does not need to be mixed with other drugs. Several grams are consumed up to four times a day, 80 minutes after a meal. Washed down with water. The course lasts only a few days.

To 300 milliliters of strong wine add 100 ml of water and a handful of blueberry berries. Boil for several minutes after boiling. They drink to eliminate the disease and improve blood circulation three times, dividing the total volume. It is treated for about two weeks.

Special nutrition is called an important part of the therapeutic program for intestinal inflammation. Food should not cause irritation and fermentation. The most useful are soups with a liquid consistency. Not the last place in the diet is cereals. They should be consumed sufficiently boiled and slimy. If bowel disease occurs with constipation, boiled beets, pumpkin and carrots are introduced into the diet.

During periods of exacerbation, it is strictly forbidden to lean on spicy and fatty foods, eat fried foods and flour. Rosehip broth and dried fruit compotes can be drunk in any quantity. During periods of calm, weak meat broths, stewed fish, eggs and baked fruits are added to the menu.

For treatment, pickled cabbage is needed. Brine relaxes the intestines with a spastic form of the disease. Use half a glass after a meal.

Propolis milk has a therapeutic effect on the intestines. Take a fresh drink, bring to a boil and add 100 grams of propolis. The mixture is kept in a water bath for ten minutes. Consume every four hours for 1 tsp. The course lasts up to three months.

How to get rid of chronic colitis? Proponents of alternative treatment argue that through massage. The procedure has a positive effect on the digestive tract, reduces pain and relieves cramping. Massage is carried out for five to fifteen minutes daily. If the disease is observed in women, massage with the left hand. Men carry out actions right.

First massage the brush, or rather, the point between the index and thumb. Exposure to it helps to relieve inflammation, therefore it is allowed for acute colitis. Another miraculous point is located at a distance of two fingers on either side of the navel.

With severe cramping, massage several points on the abdomen. They are located on the midline slightly above and below the navel.

A massage of the abdomen in a clockwise direction is indicated for problems with bowel movement. Movements are performed around the umbilical ring. After they place two palms on the stomach and move them towards each other. The duration of the procedure is six minutes. Massage is best done in the morning.

An enameled container with 800 ml of milk is placed in a bowl with boiled water and heated. When cottage cheese appears, make a small «funnel», add chopped onions and garlic. Ten minutes later, cabbage, beet tops, radishes, celery, parsley and plantain are added. Cook for five minutes. Filter the serum. Take the entire volume throughout the day. The remaining cottage cheese is also allowed.

Adherents of alternative treatment consider the mummy to be one of the most effective means against colitis. It shows particular effectiveness with ulcerative form. Mummies are mixed with water at the rate of 0.1 grams per 1 tbsp. l 0.2 grams should be taken per day. The composition has anti-inflammatory, regenerative and analgesic effects.

After a week of such treatment, heartburn disappears and diarrhea disappears. The full course is a month. At the end, there is a complete recovery of the intestinal mucosa.

Enterocolitis is treated similarly. The course is increased to 35 days. Pain is relieved by the end of the first week of treatment.

With a complicated course of the disease, rectal suppositories with a mummy are recommended. Used 0.1 grams in three doses per day.

In case of exacerbation of the disease, it is recommended to use white cabbage or carrots in the morning and evening. It is better if the reception will occur during alternation with raw potato meal.

100 grams of oatmeal is poured with water for three hours. After mixed with a liter of boiling water and boil until it becomes thicker. Strained folk remedy taken before meals. The entire volume should be consumed per day.

With ulcerative colitis, it is recommended to use the kernels of three walnuts daily. Alternative medicine practitioners promise relief four months later. 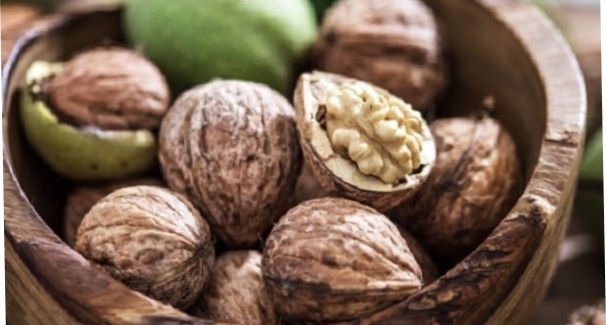