Representatives of alternative medicine consider the treatment of the disease through improvised means and folk recommendations effective and budgetary.

Special exercises are designed not only to treat glaucoma, but to prevent its development and possible blindness. You need to start the complex by moving your gaze from top to bottom and back. The number of repetitions is up to eight times. The exercise is performed three times with rest for five seconds.
The next stage is the transfer of gaze from one side to another. Eyes need to be deflected to the sides stronger. As in the previous case, it is performed three times with a break of five seconds. This is followed by circular rotation of the eyes in a clockwise direction and against it.
The last exercise is done with the index finger. The glance is first transferred to him, and then they are directed into the distance, at the objects located in the room. Do the exercise up to 10 times.
Gymnastics is performed daily.

In order for the disease not to develop, they use a well-known folk remedy — clay applications. 30 g of clay are diluted in a glass of warm water. Five minutes later, they begin to massage the eyelids, during which they rub the clay. Continue the procedure for a minute, after the eyelids do not wash. Sessions are repeated three times a day.

For the successful treatment of glaucoma, cataracts and a number of other ophthalmological defects, non-traditional doctors suggest using pike and hare bile. In both cases, drops are prepared on the basis of bile. They take a pike alive, a hare — just killed. Pike bile is used in its pure form — drop by drop in each eye, hare — mixed 1: 1 with powdered sugar. Similarly, it is recommended to use the liver of a recently killed partridge.

To prepare medicinal vegetable juice, take 200 g of carrots, 100 g of cucumber and beets, 50 g of parsley and 150 g of celery. Juice is squeezed out of all components. Mix and drink during the day. Treatment is performed for a month. After a five-day break, the course can be repeated.
Elderly people should not lean on the presented mix, since heaviness in the intestines can be felt.

In elderly people with glaucoma 3 times a day, an ointment made from a whole dandelion plant (pre-crushed) and honey is applied to the eyelids. 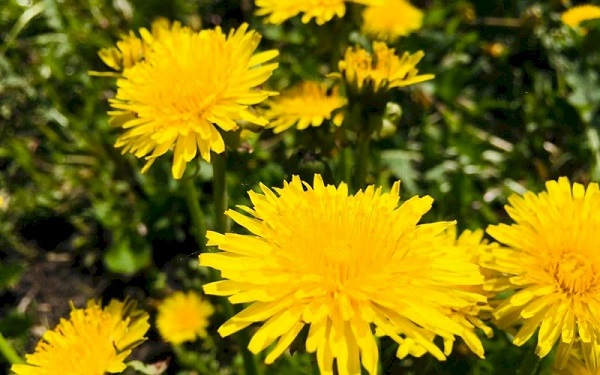