Bee venom is a complex chemical substance that contains enzymes, polypeptides (proteins), amino acids and much more. One of the properties of bee venom is to suppress cholesterol activity in the human body, which prevents the development of atherosclerosis. This was confirmed by instrumental analysis methods. At present, it is considered proven that the cardiotonic effect (reduction of muscle fatigability, strengthening its contractility) due to bee venom doubles.

During an attack of angina pectoris, a spasm often occurs, which is enough to block, interrupting the nerve impulse coming from the cerebral cortex to the heart. In other words, the so-called protective inhibition must be restored.

After the practical results of folk healing, scientific medicine, clarifying the healing effect of bee stings in angina pectoris, found that bee venom in therapeutic doses interrupts this impulse.

Simply put, bee venom in angina pectoris contributes to the cessation of vasospasm and prevents their sclerosis. Validol and nitroglycerin, for example, although they relieve pain, they do not stop progressive disorders. But bee removal in this case will be most welcome. You can use them for a long time (with short interruptions), without causing harm to the patient.

Thrombosis, which is associated with increased blood clotting, also plays a role in the development of angina pectoris. For a long time this phenomenon was an insurmountable obstacle to the treatment of the disease, until fibrolizin was discovered. He successfully dissolves a freshly formed blood clot, but the course of such treatment requires inpatient treatment. It turned out that bee venom copes with this problem with equal success.

This procedure is not very complicated, the main thing is to identify people with a pronounced allergy to bee venom. It is best to contact an apitherapist, or a very experienced beekeeper who has already dealt with bee treatment of angina pectoris.

First of all, do not rush and increase the number of stings quickly. In principle, the technique of bee removal is quite simple.

Stings with angina are placed on the heart area from the right edge of the sternum to the left nipple, as well as from the third to fifth ribs.

I repeat: women are not recommended to put bees on their breasts. The maximum number of stings should not exceed five in one session. Sessions should be carried out twice a week, and with good tolerance after two days.

You need to start with 1 bee, gradually increasing by 1 sting. If the patient notes the disappearance of pain from a bite of 1 bee, then this amount (1 sting) can be carried out for a sufficiently long time, up to 2-3 weeks. Then you can gradually increase the number of stings, but not more than five per session. It is advisable, with angina pectoris, the course of treatment to spend 2 months, with a monthly break, and then repeat according to the same scheme.

A properly selected diet will be the key to your speedy recovery in any disease, especially with angina pectoris. After all, it is known that cholesterol consumed with food harms cores in many ways. Therefore, I propose, in addition to anti-cholesterol fees and beekeeping, organize your diet taking into account the low cholesterol content in various products. This is a very important point.

Treatment of any ailment will be more effective if you approach it comprehensively. So, for example, patients with angina pectoris need to monitor the state of the kidneys by reaction to protein and pancreas — by sugar. After all, the kidneys significantly affect the functioning of the cardiovascular system. Just through the kidneys passes a huge amount of blood.

There is a simple red root weed that has a beneficial effect on the urinary system. If the condition is unfavorable in this area, it is enough to introduce it into the main collection.

As a rule, the results of the treatment of angina pectoris with phyto– and apitherapy are always positive. Patients note an improvement in their general condition, a decrease in pain, sometimes their complete cessation, and sleep is normalized. As they say now, the quality of life is improving. 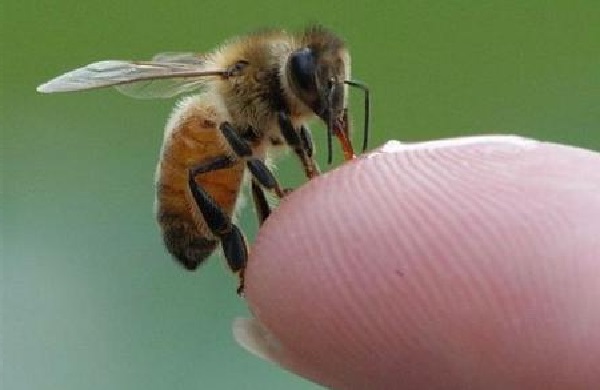