Blueberries will prevent cirrhosis of the liver.

Liver cirrhosis is characterized by progressive liver fibrosis, which leads to the replacement of liver cells (hepatocytes) with connective tissue fibers.

This disrupts the normal structure of the organ and also interferes with its metabolism.

Liver cirrhosis can be caused by toxins (including alcohol), metabolic disorders, and viral infections, including hepatitis B or C.

The disorders that occur in the liver from cirrhosis are irreversible, but the right treatment can significantly slow down or stop the development of cirrhosis.

Blueberries will prevent cirrhosis of the liver.

However, the pharmaceuticals used to treat liver cirrhosis very often have various side effects. That is why doctors and scientists are increasingly looking for natural remedies that have a protective effect on liver cells (hepatocytes).

For example, studies have shown that a natural substance called turmeric, found in curries and coffee, has this effect.

Moreover, modern scientists have expanded the list of foods that have a regenerating effect on the liver, and added blueberries, known for their high content of compounds with antioxidant activity.

Liver cirrhosis is an insidious disease and it is very important to neutralize oxygen free radicals, molecules that make an important contribution to the development of liver cirrhosis.

Scientists conducted an experiment on rats, which were divided into four groups.

In all rodents, cirrhosis of the liver was experimentally induced by subcutaneous injection of a highly toxic substance.

One of the four groups of animals was given concentrated blueberry juice, the second was given capsules made from a mixture of herbs used in traditional Chinese medicine, which have already been shown to be effective in preventing liver fibrosis, and the third was given blueberry juice and herbal capsules.

In the fourth group of rodents, with experimentally induced liver cirrhosis, treatment was not carried out. It was found that blueberry extract effectively protects animals from liver fibrosis, like Chinese herbs.

In animals that received blueberry extract prior to the onset of high levels of hyaluronic acid (which is one of the indicators of liver fibrosis), the enzyme alanine aminotransferase (the concentration of which increases in liver disease) was significantly lower than in rats, among which there was no treatment.

In addition, the liver fibrosis was significantly slower in the liver of animals fed blueberry extract and rats receiving capsules with Chinese herbs.

Increasing consumption of blueberries and a range of herbs may be a good way to prevent liver disease, the researchers conclude. 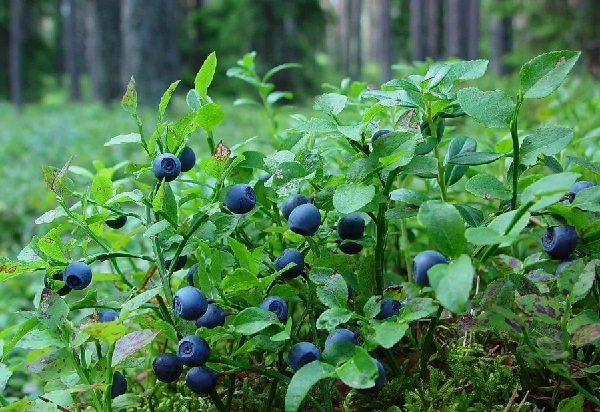