1. Take 60% buckthorn bark, 20% licorice bark, 10% of fennel and anise fruits. About six large collection spoons are separated, poured with a liter of hot water and insisted for two hours. Use a hundred milliliters three times a day. The recipe is especially indicated for colitis, accompanied by constipation.

2. A folk remedy laxative effect. 20 g of fennel fruits, buckthorn bark and black elderberry flowers, 5 g of anise fruits. Two tablespoons of the mixture is steamed with a liter of boiling water and kept under cover for three hours. Drink a cup twice a day, preferably after lunch and dinner.

3. For colitis of any kind, an infusion of the fruits of the joster and black elderberry flowers, taken in equal proportions, is recommended. Six tablespoons are poured with a liter of boiling water. After 1 hour, filter with a gauze and drink a cup after lunch and dinner.
The unripe fruits of the joster are poisonous.

4. Prepare a decoction of St. John’s wort grass and leaves of a golden mustache (1 tbsp. L. Per 500 ml of water). To the composition that has settled for an hour, 25 grams of raspberry leaves are added. Stand for another hour. Drink a cup three times a day.

5. An infusion of the following components is called a good remedy for flatulence: 20% of dill seeds, 40% of peppermint and valerian root. Five tbsp. l collecting pour 0.8 liters of hot liquid. Filter through two hours. Take 50 ml four times a day.

6. A laxative effect has an infusion of leaves of a three-leaved watch (30 g), buckthorn bark (45 g), caraway seeds (10 g) and yarrow grass (30 g). Sixty grams of collection combined with a liter of hot water. After an hour, filter and drink 150 ml at bedtime.

7. If the diarrhea is accompanied by the release of blood, prepare a collection of fifty grams of grass shepherd’s purse, twenty-five grams of rhizomes of the bloodlet and upright cinquefoil. Separate four tbsp. l and pour a liter of boiling water. They hold it for five minutes in a water bath, after which they stand in a dark place. Take 0.1 l every time before eating.

8. A similar effect has a mixture of highlander, goose grass (25 g each) and plantain leaves (50 g). Five collection spoons are poured with water in the amount of one liter, kept under the lid until cool. Drink 150 ml four times a day before meals.
In the composition of the infusion declared plantain. It is contraindicated in case of increased acidity and certain types of gastrointestinal ulcers. Increased blood coagulation also acts as a reason to refuse to take the drug.

9. Five large handfuls of lungwort are combined with comfrey, flax seeds (5 g each) and half a cup of rose hips. In the evening, boiled in a liter of boiling water. In the morning, the dogrose is kneading and filtering the composition. The volume is drunk during the day.

10. An effective tool for the treatment of flatulence and diarrhea is called a mixture of rhizomes of the mountaineer snake and hemophilus, taken in equal proportions. Infused for two hours, the composition is drunk in 50 ml four times in 24 hours.

11. A mixture of sage, centaury and chamomile, taken in a small spoon, is steamed in a glass of boiling water. After cooling, filtered. Take 1 tbsp. l seven times a day before meals. The drink is indicated for exacerbation of colitis.

12. Take 30 g of cones of gray alder, add 20 g of licorice root and chamomile flowers, 10 g of galangal root. Separate a handful, pour a glass of boiling water. Forty minutes later, squeeze and divide into two doses. Use by adding a spoonful of floral honey.
Kalgan is contraindicated with a tendency to constipation.

13. In case of intestinal hypomotorics, such a collection is prepared: the third part of yarrow, peppermint, oregano, motherwort, and grass of grasses are mixed with two parts of common shandra. A large spoonful of the mixture is poured with a liter of hot liquid and insisted for a couple of hours under the towel. Take half an hour before meals 200 milliliters three times a day.
Chandra vulgaris is undesirable for people with a tendency to allergies. 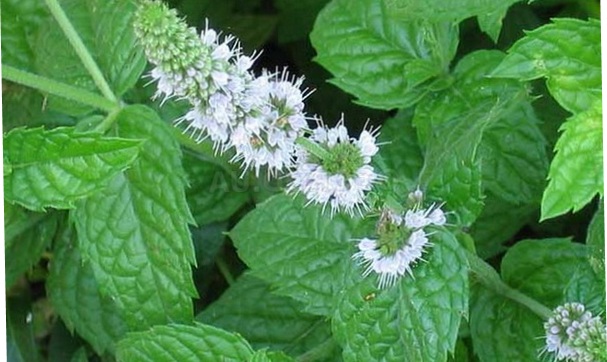