At home, decoctions from plant materials are used to eliminate the symptoms of anemia and increase hemoglobin levels. The course of treatment should last at least a month.

1. A glass of oats is added to five glasses of water. Cook over medium heat to a thick jelly state. Filter. Two cups of milk are added to the broth and again sent to the fire. Ten minutes later, pour four dessert spoons of honey. Remove from heat after boiling. Use in several stages, dividing the total volume.

2. A teaspoon of red clover inflorescences is poured with 230 milliliters of water and boiled over low heat for five minutes. Drink four times a day for a tablespoon.

3. Six grams of herb medicinal dandelion is placed in 200 ml of water and boiled for ten minutes. After they let stand for about half an hour. Drink three times before meals in the dining room.

4. Two large spoons of crushed leaves and twigs of Eleutherococcus are poured into 500 ml of liquid and kept for two minutes over medium heat. Drink 50 ml three times.
Pregnant women and children under twelve years of age cannot use the decoction. Also, it is not the best choice for those who suffer from restless sleep and are prone to irritability.

5. Parsley root is poured with a glass of water and boiled over low heat for five minutes. Stand for 4 hours under a towel. Drink 200 ml in twenty-four hours.

6. 20 grams of unripe fruits of walnuts are crushed (can be replaced by leaves) and 300 ml of water are poured. Boil for fifteen minutes. They drink one hundred milliliters three times a day.

7. One apple is cut into slices, having previously removed the core. Pour two cups of water and simmer for half an hour over low heat. Drink ½ cup each time before eating. It is allowed to add honey to the drink. 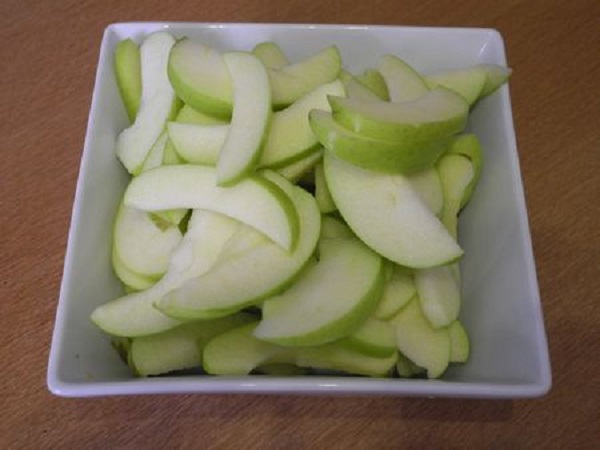