1. It is useful to replace ordinary tea with tonsillitis with infusion of young leaves of garden dill. Drink the product in the form of heat as often as possible.
With dill should be careful hypotensive.

2. With a hoarse voice, instead of tea, use a decoction of oregano. 400 ml of water requires two large spoons of dry raw materials. Boil and squeeze. When used, honey can be added, which will have a more pronounced emollient effect.

3. An effective drink for treating a child’s illness is milk (a glass of warm) with a slice of cocoa butter and a spoonful of honey. Drink before going to bed.

4. For chills and severe pain, tea with thyme is recommended. A teaspoon of raw materials in a mug of boiling water is insisted for twenty minutes. After pressing, add a little honey or raspberry jam. The drink has antiseptic and anti-inflammatory properties, it is indicated for children and adults.

5. To two liters of water add 400 g of bran. Boil until boiling and filter. Introduce a little sugar or honey. Divided into two parts and drunk per day. Heated before use.

6. The following collection helps in calming the inflamed tonsils: five parts of chamomile, as many shoots of Chinese magnolia vine and sage leaves, two parts of coltsfoot. Ten grams of the collection is poured into 250 ml of cold moisture and sent to the fire. After boiling, boil for several minutes. Filter. Drink the broth warm in a quarter cup three times a day. To improve the taste, it is allowed to introduce a little honey.

9. Prepare a collection of branches of apple and raspberry. 1 cup accounts for 1 tbsp. l raw materials. Brewed like tea. Drink in an arbitrary amount.

10. Treatment of angina, if we are talking about a baby, is impossible without linden. An infusion is prepared from its flowers — two large spoons with a slide on a mug of boiling water. At the same time, three aloe leaves are kneaded to obtain a pasty mass. The filtered linden infusion and aloe gruel are combined, diluted with 300 ml of boiled water. Give the child 50 ml three times a day. The recipe is intended to combat herpetic sore throat, which very often overtakes young children.

11. In an enameled container over low heat, heat 100 ml of beer or dry red wine. They do not bring to a boil, but the drink must be very hot. Drink a teaspoon lying in bed and covered with a blanket before bedtime.
Drinking hot beer can cause gagging.

12. To three glasses of hot liquid add a handful of dried raspberry fruit, 1 tbsp. l fresh honey, 1 teaspoon of vegetable oil and a small pinch of ginger powder. They insist on the night, having previously covered with a lid and wrapped in a towel. After spinning, take a cup in the morning and before bedtime on an empty stomach.

13. From fresh berries of viburnum and potato tubers (rinse and chop) extract juice. Mix one to one. Drink half a cup up to three times a day. The recipe is indicated for severe inflammation and the presence of ulcers on the tonsils.

14. A quarter of the glass combines grass and flowers of a meadow cornflower. Add to half a liter of boiling water and insist until cool. Filter and introduce a little honey (can be replaced with sugar). Take a cup three times, each time warming the drink. Thus, you can cure a sore throat of any severity.
A recipe can harm women suffering from any kind of genital disease.

15. Six fig fruits (take both fresh and dried) are poured with 250 ml of boiled milk. Give a little rest. After the drink is drunk, and the berries are eaten. Use the drug daily until relief before bedtime.

16. One hundred grams of dried blueberries is steamed with half a liter of boiling water and allowed to cool at room temperature. They drink a fragrant drink for the treatment of purulent and follicular tonsillitis. Prescription allowed for baby. 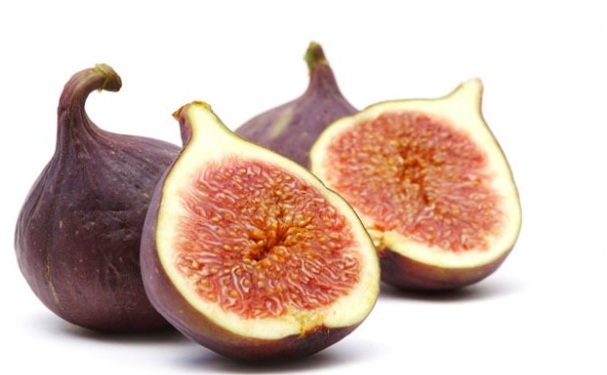