Face masks with ascorutin for age spots and rosacea.
In cosmetology, ascorutin for the face is widely used for vitamin deficiency, thin vessels, an unhealthy color. Antiseptic properties help to care for oily and problematic dermis. Most effective for manifestations of rosacea. Tablets have a beneficial effect on the state of blood vessels, remove toxic substances from the integument.

The benefits of ascorutin for the skin

1. Whitens pigmentation;
2. Strengthens the immunity of the epidermis;
3. Restores vascular elasticity;
4. Deeply cleans the ducts;
5. Refreshes and rejuvenates;
6. Corrects the line of the oval;
7. Soothes inflammation and redness.

The use of ascorutin for the face

You can use ascorutin for the face by enriching ready-made creams, lotions and tonics. One tablet is enough to enhance the action of the components of the compounds several times. Homemade cream with ascorutin will help prepare your face for adverse environmental conditions.
By adding crushed powder to regular mineral water, it’s easy to get a thermal fluid that moisturizes your face throughout the day. After carefully studying the instructions, you can find only one limitation for use, this is sensitivity to the elements of the composition.

At home, it is effective to use self-made cosmetics. For aging skin, with the loss of turgor and elasticity, pharmaceutical vitamin C will be the best cocktail of youth. Ascorutin acts against age spots, enlarged pores and purulent pustules.

As a result: it is worth using ascorutin for skin with deep static wrinkles, thin, sensitive dermis. Blood circulation processes are accelerated, the synthesis of collagen and elastin is increased. It is useful for the prevention of vitamin deficiency in the winter to repeat cosmetic sessions twice a month.
Components:
5 gr. ascorutin;
20 gr. sour cream;
10 ml of aloe juice.
Production and method of application: turn the tablet into powder, add sour cream and squeezed plant juice. Cleanse the face with thermal water, distribute the liquid mass, leave for a quarter of an hour, repeat the procedure three times a week.

As a result: recipes based on ascorutin can cure acne, accelerate healing, and normalize internal processes at the cellular level. The mask is also used to level the relief after improper removal of blackheads.
Components:
• 10 gr. ascorutin;
• 10 gr. pea flour;
• 4 drops of orange essential oil.
Production and method of application: crush the tablets in a mortar, add yellow flour and aromatic drops, for uniformity introduce much mineral water. Steam the covers, then treat the problem areas with healing gruel, rinse, waiting for six / eight minutes. To restore the epidermis, spend three / five caring sessions.

As a result: ascorutin helps with pigmentation, and also eliminates freckles and dull gray complexion. To prepare the skin before sunbathing, carry out two / three procedures.
Components:
tablet of ascorutin;
10 gr. buckwheat flour;
15 gr honey.
Production and method of application: mix honey with cereal flour and crushed preparation. To clear a surface of a make-up, to put structure, avoiding a nasolabial triangle and eyelids. Complete the facial in half an hour in the usual way.

As a result: from inflammation, increased secretion of glands of oily skin, an unhealthy complexion, folk secrets should be used. The tonic properties of the drug will help restore the epidermis, dry purulent formations, remove inflammation and redness.
Components:
5 gr. ascorutin;
5 gr. plantain;
10 gr. zinc ointment.
Production and method of application: grind a tablet with grass in a coffee grinder, mix with ointment. In the evening after cleansing the skin, distribute a generous layer on acne-affected areas. Waking up in the morning to remove the residues with a moist cotton pad.

As a result: ascorutin with rosacea, and redness is effective, due to the strengthening of the facial vessels and accelerate the microcirculation process. It is useful to prepare the skin with a mask for temperature extremes, solar ultraviolet and dry air.
Components:
5 gr. ascorutin;
10 gr. yogurt;
5 gr. decoys.
Production and method of application: introduce crushed vitamin C powder and cereal into yogurt without additives and flavorings. Wipe the skin with micellar fluid, apply the composition with a spatula, leave for half an hour, after which wash with cold water.

Mask with ascorutin and clay

As a result: they are used against rosacea, as well as available recipes for whitening the face, restoring a smooth, elastic surface. The procedure allows you to clean the ducts, remove toxins and oxidants.
Components:
• 5 gr. ascorutin;
• 10 gr. clay;
• 20 drops of linseed oil.
Production and method of application: turn the tablet into powder, introduce cosmetic clay and nutritious oil, dilute the dry mass with mineral water. Distribute the finished product on the covers, leave to dry.

Mask with ascorutin and green tea

In the end: a healing procedure with the brewing of green tea, along with ascorutin tablets for rosacea, also helps to refresh the color, improve immune properties, and remove swelling. To prevent crackling of blood vessels and redness from the cold, it is worthwhile to conduct a course of seven / ten sessions.
Components:
10 gr. ascorutin;
15 ml of green tea;
5 gr. coconut oil.
Production and method of application: brew a concentrated drink, take out the leaves, mix with a tablet and peanut butter. Prepare the skin with a herbal compress, apply the composition for twenty-five minutes.

Mask with ascorutin and camomile

As a result: chamomile and ascorutin will prevent the appearance of rosacea, accelerates recovery with bruises on the face. To relieve fatigue and traces of insomnia, apply fifteen minutes before applying makeup.
Components:
• tablet of ascorutin;
• 20 ml of chamomile decoction;
• 5 gr. shea butter.
Production and method of application: prepare and strain the concentrated herbal decoction, while still warm, dissolve the pharmaceutical preparation and thick oil. Distribute the drug instead of a night cream during sleep. Waking up, remove the remains with a cosmetic sponge.

Mask with ascorutin and gelatin

As a result: face masks with ascorutin help look after a dry, irritant-prone dermis. Wrinkles are smoothed, elasticity and freshness are observed after the first application.
Components:
10 gr. ascorutin;
15 gr gelatin;
30 drops of jojoba oil.
Production and method of application: mix gelatin crystals with ascorutin, pour warm tea or broth, mix thoroughly until completely dissolved. If lumps remain, you can warm up in a water bath, without allowing the composition to boil, introduce moisturizing oil. Spread with a brush, starting from the chin to the temples, from the nose to the forehead, and so on a few layers. Wait about thirty-five minutes, then remove the film without stretching the skin. 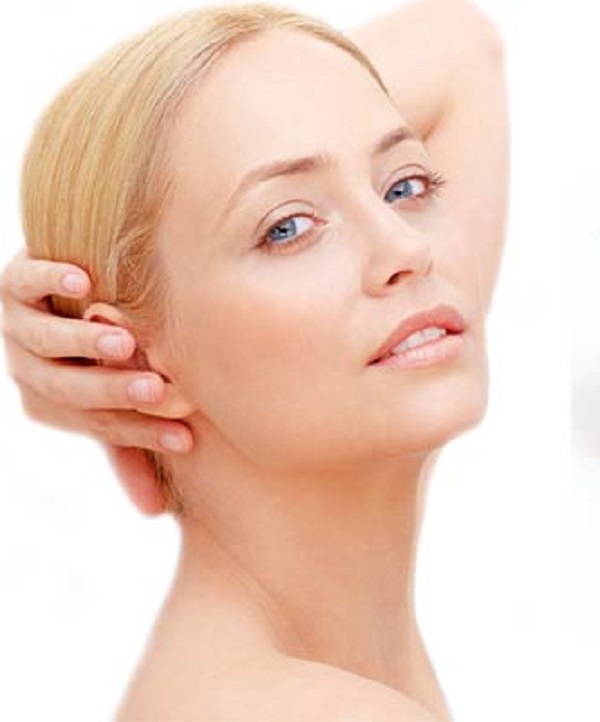