Good helps from swollen legs astragalus. On its basis make a decoction. It fights swelling, simultaneously improving the work of the cardiovascular system.

It is possible to resort to some other simple ways. For example, you can create a simple solution. Its basis is 10 liters of heated water in which dissolve a glass of salt, a spoonful of soda and the same amount of iodine tincture. The preparation should insist for half an hour, and then feet are lowered into it. The course lasts a week and a half, and carry out procedures every day.

The roots of parsley are a good help. They are washed and finely chopped, and then poured with boiling water. The calculation is one tablespoon of ingredients per half liter of water. To insist, use a thermos. Tincture time is eight hours. Drink one tablespoon at a time.

Hawthorn flowers are prepared in several ways. First, you need to mix an equal volume of hawthorn flowers and fruits. Then two tablespoons of the composition pour half a liter of boiling water. Leave it to infuse for half an hour, and then take it in the strained form, distributing a glass at three times a day.

Use grated potatoes. This is a recipe for «emergency» care. The mush is spread on the ankle, for this you will need to grind a few potatoes. On top you need to put a food film. For insulation, wrap the legs with a cotton bandage. Keep the compress for two hours, and then make a new one.

Keep fresh birch leaves in the house. They are poured into cloth bags or pillowcases. Feet in them should fit so that the volume of the leaves reaches the knees. On the shins, respectively, this level should reach two centimeters. This procedure will take about three hours. When the time of the treatment is over, the leaves can be replaced by refreshing them.

Use bearberry and cranberries. They should be taken in equal parts. Then take the mixtures in an amount of a couple of tablespoons, brew a glass of boiling water and place it for half an hour in a water bath condition. Do not forget to cover it with a lid. Then the remedy should be cooled, strain. Using cold water, bring the infusion to its original volume. In a day, the infusion should be drunk, dividing it into three doses.

Parsley, or more precisely, its root is an excellent remedy that is included in several recipes. It is grinded together with the root, pour half a liter of boiling water. The infusion time is 9 hours. The infusion is diluted with the juice of one lemon. intake — one-third cup, three times a day.

We have already mentioned baths with salt and soda. There is also another version of the procedure. Dissolve half a cup of salt (sea or table salt) in 2 liters of cold water. Dip a thick cloth into it, a towel will do. This is a future compress, it will be put on the lower back. This universal antiedematous treatment shall be repeated for a week and a half before going to bed.

Field clover helps well. It is washed in an amount of a handful, chopped finely. It is poured a liter of water, put in a container on the fire and boiled for three minutes. Then it is tightly covered with a lid. Insist time — an hour. The decoction is strained and taken three times a day, dividing by this amount one glass of liquid.

A good example is such raw materials as linden flowers, birch leaves and buds, field horsetail extract. We will once again remind you that they are used to make decoctions and infusions. To those recipes that we have given above, let us add another one. It is based on 2-3 tablespoons of field horsetail, ergot and birch buds. They are mixed. The resulting mixture of 1 teaspoon pour a glass of boiling water and insist for about 30 minutes. Then they need to be strained. The course is 3 days, taking into account 1 day for a break. Drink a tablespoon after a meal 3 times a day. The full course should last three weeks.

In addition to the baths mentioned above, apply rubbing with ice cubes. The bath should be quite cold. The time of the procedure is 5-10 minutes. Give a tingling massage — its technique we described above. Add a few spoonfuls of coniferous extract in water and keep your feet in this water for 15-20 minutes. It helps a lot to relieve leg fatigue, as well as to fight swelling.

Garlic is often used. A head of garlic is crushed, and then poured a glass of boiling water. When the pulp cools — it rubs the place of swelling, leaving it for half an hour. Then it is washed off. Treat this recipe with caution if you have varicose veins. In this case, hot baths and showers are generally contraindicated. Because of them, the blood stagnates, and the blood vessels dilate. 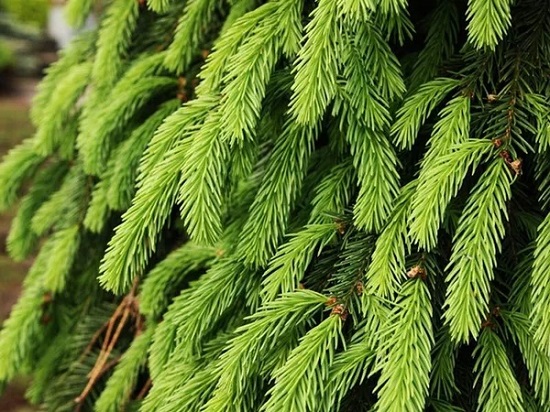