1. An exacerbation of pathology is treated with infusion of sage and a sheet of wormwood. Twenty grams are mixed and a large spoon is separated. Steamed with two cups of boiled liquid. Filter through twenty minutes. Take at least seven times 20 milliliters.

2. Mix 1 tsp. Hypericum perforatum, peppermint, chamomile, caraway seeds. A handful of collection overnight steamed in a thermos (a glass of boiling water). Drink with catarrhal and nonspecific colitis two or three times in half a cup.

3. Take twenty grams of the fruits of caraway seeds, common yarrow, thyme. Add 40 grams of lemon balm leaves and twice as many leaves of wild strawberries. On a cup of boiled liquid use 1 tbsp. l collection. Insist under the lid. Treatment is performed for acute and chronic disease. Shown in 60 ml twice a day.

4. To eliminate constipation, mix 10 g of anise and fennel, add twice as much licorice root and 60 g of buckthorn bark. Pour a handful of boiling water into a glass. After half an hour, it is filtered. In the morning and evening, take two hundred milliliters, each time preparing a fresh folk remedy.
Prolonged use at home is addictive. Independent bowel movement in the future will be impossible.

6. To cope with constipation helps such a composition: three tbsp. l buckthorn bark, two — dioecious nettle and one — yarrow flowers are poured with water in an amount of 600 ml. Insist 60 minutes. Drink 150 ml per day.

7. Diarrhea overcomes the remedy of six large spoons of cherry berries and four — blueberries. It is steamed in 230 ml of liquid and consumed fifty milliliters three times in 24 hours.

9. Equal proportions combine calendula, yarrow, plantain, bearberry and hay grass. Pour 550 ml of liquid. Stand for an hour, then with the help of gauze, strain and drink a third of a glass each time before eating. The recipe is good for treating a distal type of illness.

10. To 500 ml of boiling water add four tbsp. l collection from rose hips, dioica nettle grass and currant leaves (in equal shares). After an hour, filter and drink 150 ml to the end of the volume.

11. If blood is present in the feces, the following composition is prepared: in a ratio of 1: 1: 2, the roots of the dubbing, hemorrhages and herbs of the purse are mixed, 30 grams are separated, 0.5 l of freshly boiled liquid is poured. After fifteen minutes, filtered. Consume after breakfast, lunch and dinner for twenty milliliters. Store in the refrigerator.

12. In equal proportions, mix the pulp, snake highlander, shepherd’s bag, oak bark, marsh calf, raspberry leaves, chokeberry. 30 g of the mixture are insisted in a glass of boiled water for half a day. After filtration, they start taking it — one third of the cup before each meal.

13. Take five grams of hop cones and anise seeds. Add ten grams of mint leaves and chamomile flowers. Blend with fifteen grams of buckthorn bark. Pour a mixture of 400 ml of boiling water. Stand in a water bath for fifteen minutes. Add 100 ml of dark beer, incubated in a water bath for another five minutes. Filter. Take half a cup chilled after breakfast, lunch and dinner. Helps with cutting. 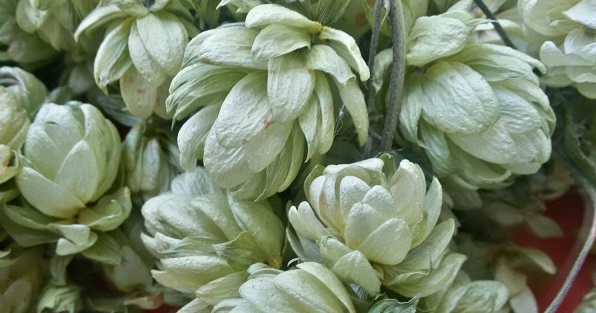