Modern dermatology designates fungal infections of the skin (dermatomycosis) and nails (onychomycosis) as the number one problem. This status is due to the ability of the fungus (mycosis) to spread among people of all age, gender and social groups. The danger of the disease should not be underestimated: developing as a cosmetic defect, mycosis gradually changes the function of the affected surface, violating its barrier qualities, and leads to vulnerability of the whole organism.

Most applications are done at night, which is due to the high efficiency of the method. The average duration of therapy is three to four weeks.

1. Proponents of alternative medicine share the simplest recipe for treating onychomycosis: a chewed clove of garlic is spit out on a gauze and applied to diseased areas. Wrap cellophane on top. Hold the night. Repeat until healing.
When using this recipe, you need to be prepared for the appearance of a strong burning sensation and pulsation at the site of the lesion.

2. A metronidazole tablet is pulverized and mixed with a small amount of water until a slurry is obtained. Apply to the site affected by onychomycosis all night, repeating four days.

3. After each cutting of the nail plate, horseradish applications are useful. The root is crushed as finely as possible, imposed on the cut of the nail and wrapped on top with a gauze bandage. Leave until morning.

4. If there is a thickening of the nail, especially in the elderly, it is recommended to perform applications with Kombucha. A piece of mushroom is applied to the lesion and is covered with a band-aid on top. Stand the night, repeating as often as possible.

5. With a fungal infection of the skin between the toes, a folk remedy is prepared from a large spoon of garlic (chopped), 30 ml of purified water and a spoonful of 90% medical alcohol. The components are thoroughly mixed. The pulp is wrapped in gauze and applied to the affected areas for several hours. After a week, the fungus disappears.
Self-administration of this composition on an ongoing basis can lead to burns.

6. If the feet are affected, carry out applications with fir oil, repeating twice a day for forty minutes. Also used steamed just before application, the leaves of St. John’s wort and birch.

7. Sprinkle the affected skin area of ​​the skin or nail with boric acid. A piece of gauze is applied on top, fixed with a toe or glove. So spend the night. After a week and a half, the disease promises to go away.

8. When lesions of the feet take a burdock leaf, beat off with a rolling pin. Wrap around the foot, secure with an elastic bandage and leave overnight. Rowan leaves are similarly used.

10. Another effective recipe against onychomycosis. A compress of crushed lemon and vegetable oil taken from a dessert spoon is applied to the affected plate. The procedure is done in the evenings.

11. A dried knot is broken off from an aspen tree. Burn, collect ash. Mix in a proportion of one to one with rye flour and apply to the nail or skin of the feet. Wrap with a bandage. Hold the night. The procedure is carried out for five days.

12. Three church candles are melted in 100 ml of vegetable oil. Tampons soaked in the product are used for epidermophytosis and onychomycosis for a week.

13. Grind a fresh leaf of Kalanchoe. Put the gruel in gauze. Treat nails and feet in the evenings. The plant is effective in treating female problems. Juice is squeezed from the leaves of Kalanchoe. A cotton swab is moistened in it. Enter into the vagina with candidiasis all night. Remove in the morning. The procedure is repeated from 7 to 12 days.

14. Steam and grind the leaf of the golden mustache. At night, feet are applied to the skin, on which a fungus has formed.

15. A glass of boiling water is poured into six large spoons of henna. Quench for a quarter of an hour over low heat. Cool down. Perform applications with the composition up to three times a day with dermatomycosis.

16. The bandage is densely soaped with green soap and wrapped around the surface of the skin affected by the fungus at night. In the same way, it is acceptable to treat onychomycosis.

17. Clay powder is diluted with water. The composition is transferred to a gauze bandage and applied to painful areas on the skin of the hands and feet. Wrap with a bandage on top. Remove to dry the clay and wash the skin with a lemon composition (a glass of water and 1 tbsp. L. Juice). Perform applications three times.

18. For epidermophytosis, a compress with black radish is useful. The vegetable is ground, wrapped in gauze and applied to the groin or other area for a short time, repeating three times a day until recovery.

19. In the fight against epidermophytosis, a compress with a composition of castor oil, tar and egg white (in equal proportions) helps. Apply at night, apply a bandage and cling film on top. Wash off with cool water in the morning.

20. The recipe for combating otomycosis. Soaked in honey, slightly diluted with boiled water, cotton swabs are placed in the ear. Apply a band-aid on top, thus preventing the application from falling out. Hold the night. Four days later, there is no trace of itching.

21. With otomycosis, a mixture of tannin, glycerin and petroleum jelly is taken, taken in the same amount. A cotton swab is moistened in the product, which is then placed in the sore ear. Leave for five minutes. They are treated to relief.

22. When developing a disease in the throat, sea buckthorn oil is used. They lubricate the mucous membrane of the pharynx after each meal before treatment.

23. With vaginal fungus, applications with garlic juice are performed. It is squeezed out of several cloves. A tampon is soaked in the juice. Introduced into the vagina at night. Extract in the morning. Repeat ten procedures.
Following the advice will result in a severe burn of the mucosa, will entail burning and itching.

24. Steamed fresh leaves of eucalyptus with boiling water. After a couple of minutes they are wrung out, wrapped in gauze and applied to the male genital organ. Wait at least half an hour. The recipe is effective in controlling penile candidiasis. Ten sessions recommended.

25. If a problem is found on the body, a piece of propolis is taken, applied to the affected area and fixed with a band-aid. Hold for half an hour. Repeat twice.

26. To treat a fungus on the body, including on the shin of the leg, a gruel from the money tree (leaves of the Crassula) is prepared. Apply, wrapped in gauze, to the affected area for half an hour. Repeat up to four times a day. 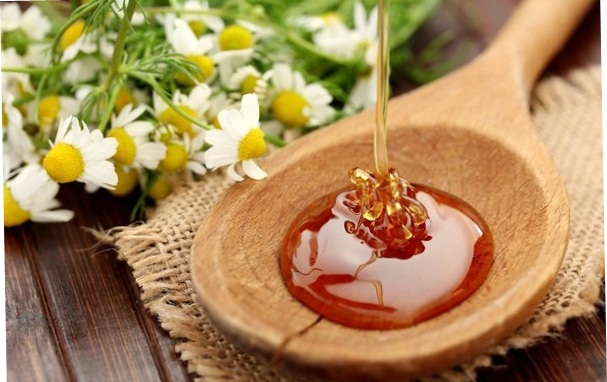