Herbal infusions enhance immunity and fight the virus in the blood. If the disease is constantly observed, treatment is performed for about three months. After two weeks off, the course is repeated. In the case of the appearance of herpes for the first time (primary form), ten-day therapy should be carried out.

1. To a hundred and fifty milliliters of boiling water, pour a large spoonful of chopped burdock leaves. After three hours, filter. Take a pathology on the body in a quarter cup three times.

2. If the virus is localized on the genitals or its complicated form (shingles) is observed, take the dried berries of viburnum (a tablespoon), steamed with boiling water (200 ml) for four hours. Drink 1/3 cup up to four times a day.

3. If the virus is observed in the blood, it is recommended to take chamomile infusion as often as possible. A pinch of dry grass is brewed in a cup of boiling water, like tea. Alternative remedy can also be used to cure herpes in the throat of a child and an adult (rinse several times a day until recovery).

4. Cut licorice root. A tablespoon is added to a cup of hot water for forty minutes. They drink no more than three cups of folk medicine per day.
Pregnant women, people with kidney failure and high blood pressure should not be taken.

5. White wormwood in the amount of one large handful is brewed with boiling water (about two cups). Filter after forty minutes. Drink instead of tea. The recipe helps if herpes is found on the lips.
The plant is poisonous. Side effects — convulsions, hallucinations and loss of consciousness.

6. A tablespoon of rose hips are placed in a bowl of hot moisture and insisted for two hours. Accepted to increase immunity and eliminate pathology in the throat, one hundred and fifty milliliters twice a day.

7. A few large spoons of blackberry leaves are steamed with 400 ml of boiling water. Raw materials are squeezed out after forty-five minutes. The entire volume of folk remedies is consumed during the day.
An overdose of the composition can cause nausea and diarrhea.

8. An effective remedy for the virus is the infusion of medicinal sweet clover. For 200 milliliters of boiling water accounted for twenty grams of raw materials. An hour is kept under a towel, after which it is divided into two and consumed in 24 hours.
Overdosing leads to nausea, dizziness, and upset stools.

9. In order to get rid of herpes at home, it is recommended to take an infusion of ordinary burdock. Proportions with boiling water — two tbsp. l 400 ml. Insist a few hours. Take four times half a cup before meals.
Not recommended for patients with a tendency to constipation.

10. Twenty grams of dried green lemon balm garden steamed with a bowl of boiling water for one hour. Take fifty milliliters three times to eliminate the symptoms of herpes on the face, you can also gargle.

11. A glass of boiling water is steamed 1 tbsp. l green chrysanthemum. Filter after an hour and a half. They drink twenty milliliters of the infusion three times. The recipe is recommended for type 1 and type 2 viruses.
Better not to use for people with heart failure.

12. With the formation of the disease on the penis, it is good to use the medunica. Two small spoons of raw materials are poured with a bowl of boiling water and kept under the lid for a little less than an hour. Drink twice a day for 120 ml. If pathology affects the eye, the infusion is used for rubbing. 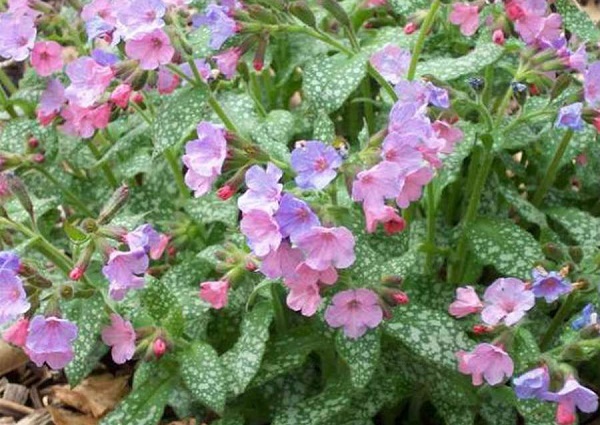