Taking phyto-infusions inside helps to overcome the problem faster. This pathway is especially effective for deep mycoses. Therapy is performed from three weeks to three months.

1. With the development of the disease in the lungs prepare a folk remedy of four tbsp. l red rose petals and taken in two — plantain leaves, rose hips, grass of a string, large nasturtium, sage. Fifteen grams of pre-ground raw materials are put in a thermos and steamed with several cups of boiling water. After an hour, filtered. Take 1 tbsp. l four times in three weeks. After a month break, you can repeat.
Using the composition for a long time leads to irritation of the gastric mucosa.

2. Prepare a collection of leaves of plantain, wormwood, yarrow and burdock (1 tbsp. L.). 15 g are taken and poured into a container with 250 ml of boiling water. Cover with a towel. After 1 hour, filter. Drink three times a day before meals with illness on the nails and feet.

3. With epidermophytosis, a collection of 5 g of tricolor violet, 15 g of lingonberry leaves, 10 g of eucalyptus and a similar amount of yarrow grass, 20 g of St. John’s wort and 15 g of chamomile is shown. On a glass of liquid (daily volume) accounts for 1 tbsp. l raw materials. Insist about 1 hour. Drink before meals.
Long-term therapy through the composition can adversely affect the condition of the liver.

5. With epidermophytosis, accompanied by nervous exhaustion, it is recommended to collect from the root of valerian, yarrow, flowers of hawthorn and St. John’s wort. 15 g are steamed in a glass of hot moisture and filtered after 5 hours. Take ¼ cup before meals, repeating four times.

7. In case of intestinal damage, it is recommended to collect from tricolor violet, field geranium, common gooseberry, common meadowsweet, medicinal sweet clover (1 part each), small duckweed (2 parts), yarrow (3 parts). To 230 ml of boiling water add 1 tbsp. l mixtures. After half an hour, filter and inject 15 ml of milkweed tincture (pharmacy). Drink three times in 1/3 cup.
The recipe is not suitable for the elderly.

8. When infected, the gastrointestinal tract is mixed (in equal shares): yarrow, dandelion, meadowsweet, joster, gentian, marshmallow, mint, mustard. To 230 ml of hot moisture add 15 g of the mixture. The steam bath is languishing for a short time. Drink volume per day.

9. In case of respiratory tract disease, elderberry, angelica, fennel, hyssop, istod and rosemary are mixed (1 tsp each). Steamed with two glasses of boiling water and kept under the lid for 2 hours. Drink half a cup twice.

12. To 50 ml of cognac add three tbsp. l salt. Take fifteen milliliters of the composition and injected into a glass of boiling water. Allow to stand for half an hour. Drink at a time before meals. Thus, the treatment of the esophagus and intestines occurs.

13. Another effective medicine from the point of view of traditional medicine for lesions of the esophagus or intestines. Recommended to use sage. For 2 cups boiling water take 1 tbsp. l with a slide. Insist before cooling under the lid. Drink four times ½ cup.

14. Intestinal candidiasis is indicated by collection of elecampane roots, lemon balm leaves and lime blossom. The components are taken in 20 g. To add 500 ml of boiling water 1 tbsp. l collection, cover and stand until cooling. Drink during the day, pre-squeezed. 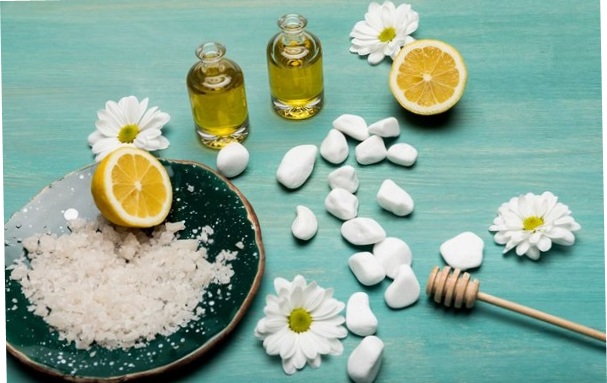