Proponents of home treatment call ointments prepared with their own hands more effective than those bought in a pharmacy. Therapy with their help can last about 2 weeks. In some cases, the course lasts longer.

1. A therapeutic ointment of the following components contributes to getting rid of itching: 5 grams of willow tea, 5 grams of pharmacy chamomile, two cups of broth of hay dust (20 g per two cups of water), 1 tbsp. l butter, glycerin, 850 ml of water. Mixed chamomile and Ivan tea are combined with water and sent to the fire. Boil for five minutes, after which add a decoction of hay dust and oil. Stir until smooth. Then add glycerin in a proportion of one to one. Ready ointment should be in the refrigerator and used four times a day. The course is a month.

2. With severe burning and irritation, cranberry ointment is recommended for adults and children. 50 ml of freshly squeezed juice is mixed with 200 grams of petroleum jelly. On the affected epidermis is applied no more than three times a day.

3. An ointment of honey and Kalanchoe juice helps to soothe itching. They are mixed in equal parts, left for a week, after which they add a little aloe juice and stand for another week. You can start treatment — twice a day.

4. In the fight against seborrheic form of inflammation, an ointment from plantain juice and petroleum jelly helps. Take in equal proportions and mix in a glass container. Apply three times a day.

5. As a strong antiseptic, at home, use the thyme ointment. Powder is prepared from dry raw materials. Five parts of vegetable oil are added to one part of the powder. Lubricate the skin three times a day.

7. In the treatment of allergic dermatitis, an ointment of two dessert spoons of sea buckthorn oil and 50 ml of lard pork is used.

8. 150 g of crushed leaves of Manchurian walnut pour 800 ml of vegetable oil. A week is kept in a tightly closed container, after half an hour they languish in a water bath. In the cooled product add 20 g of beeswax. Ointment lubricate the affected areas of the dermis.

9. The roots of burdock and dandelion are ground into flour. Take two tbsp. l., mixed. Add to 1 tbsp. a spoonful of goat fat and four tbsp. l honey. Mixed. In a water bath can withstand 10 minutes. For three days left in a dark place. Apply to the affected area three times a day.

11. With the development of inflammation in the armpits or groin, ointment from lemon juice and birch bark should be used. The last component is ground into powder. Twice more lemon juice is added to one tablespoon of the powder. Apply to the skin before bedtime.
The acid in the lemon can cause deterioration.

12. Juice is squeezed from the fresh grass of St. John’s wort. It is sent to the stove and heated until half of the original volume remains. Four parts of butter are added to one part of the juice. The ointment is applied to the epidermis twice a day.

13. An ointment is prepared from 800 ml of honey, twenty grams of fish oil and three — chloroform. Store in a dark place. Apply to affected areas three times a day to relieve inflammation.

14. The ointment from the dining room helps to eliminate itching. chopped nettle leaves dioecious, teaspoon l. table salt and one chicken yolk. The components are thoroughly mixed. Use a folk remedy for applying to irritated skin.

15. Licorice root is triturated with butter. The ingredients are taken in such an amount that a dense mass is formed. Treatment occurs no more than four times a day.

16. A mixture of raw potatoes (several slices chopped with a blender) and aloe juice (add to a thick slurry) is considered a good folk helper against peeling on the fingers. Apply ointment three times a day and wrap it with cling film.

17. An ointment made from freshly grated potatoes and oily sour cream, taken in a ratio of one to three, is considered an effective tool in the treatment of dermatitis on the hands. Apply for a quarter of an hour, repeating three times a day 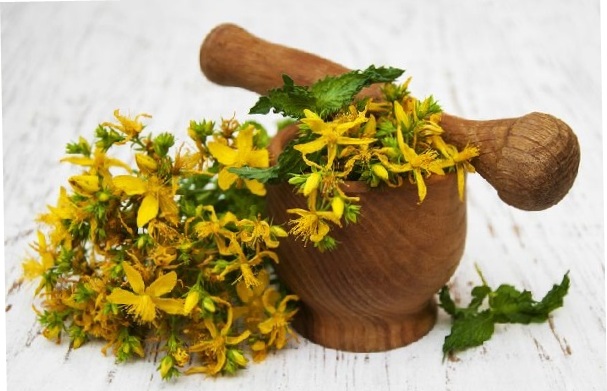