Phyto-decoctions in the treatment of the inflammatory process are recommended for children and adults. Treatment is continued for two to four weeks, depending on the severity of the symptoms and the of disease.

1. To half a liter of milk add one hundred grams of grated fresh carrots. Boil for fifteen minutes and filter. Drink a cup three times a day. The recipe is used to gargle with acute laryngitis.

2. Grind a few cloves of young garlic. In a glass of milk, boil for five minutes after the liquid has boiled. Drink half a glass twice, preferably after a meal.

3. Fifteen minutes in half a liter of water boil fifty grams of raisins. After filtering, a little onion juice is introduced. Drink fifty milliliters four times.

4. For a quarter of an hour, two tablespoons of chopped turnip pulp are boiled over low heat, adding to a glass of water. Drink four times a day for a quarter cup.
The composition may be harmful in inflammatory pathologies of the kidneys and liver.

5. With hoarseness, take a decoction of anise seeds. Take half a cup of seeds, pour hot water (three cups) and send to the fire. After boiling, allow to boil for about fifteen minutes. Allow the broth to cool and filter. Add a little cognac and consume ten milliliters every hour.
Abuse of broth inevitably leads to dizziness and nausea.

6. With a hoarse voice, a decoction of apples is recommended. As a rule, dry ones are used. A handful is added to 400 ml of moisture and boiled until the liquid acquires a honey tint. Drink during the day. Suitable for children.

7. From a strong cough and hoarseness of voice helps a decoction of cabbage leaf. Take a couple of leaves and boil in 400 ml of water until soft. The leaves are removed, and the broth is drunk on a glass up to five times a day.

8. A glass of dried cranberry berries is poured with a liter of water. Boil after boiling for at least half an hour. After the extraction, a tablespoon of honey is introduced. Drink three times two glasses.

9. Four hundred grams of bran is added to two liters of moisture and boiled for ten minutes after boiling. Filter. Drink volume per day, replacing tea and coffee. Can be sweetened with granulated sugar. The recipe helps with acute laryngitis, when there is a loss of voice.

10. A couple of fig fruits are added to a glass of milk. Simmer until boiling resistant foam. Allow to cool, then remove the figs. Milk is used in a teaspoon about seven times a day. Figs are eaten before bedtime.
If there are oxalate stones in the kidneys, it is better to refuse treatment.

11. In a half liter of milk boil a handful of chopped onions. Filter and cool. Used if there is a baby laryngitis. Give the child a cup in the morning and evening for three days.

12. A handful of sunflower seeds and leaves are poured into a pan with half a liter of moisture. Boil over low heat for half an hour. Accepted in a warm form after filtering half a glass four times on a full stomach.

13. Twenty grams of the crushed root of the source is boiled for about thirty minutes in 200 ml of moisture. Drink 10 ml up to six times a day.
Until the age of three, the composition is not used.

14. Six grams of cyanosis root is boiled for half an hour in 250 ml of liquid. Allow to cool and filter. They drink ten milliliters up to seven times a day.

15. Children’s laryngitis is treated with a decoction of willow bark. 1 cup of boiling water accounts for 1 tbsp. l raw materials. Boil for ten minutes. Give a pair of Art. l three times before meals.

16. A handful of dried strawberry fruits is introduced to 150 ml of moisture. Boil for half an hour and filter. The child sings when coughing a glass twice a day.

17. In cases of illness in infants, it is recommended to use a decoction of sea buckthorn berries. For 300 ml of water, 1 tsp. raw materials. Boil for about ten minutes. Sing the baby for 1 tsp. three times. 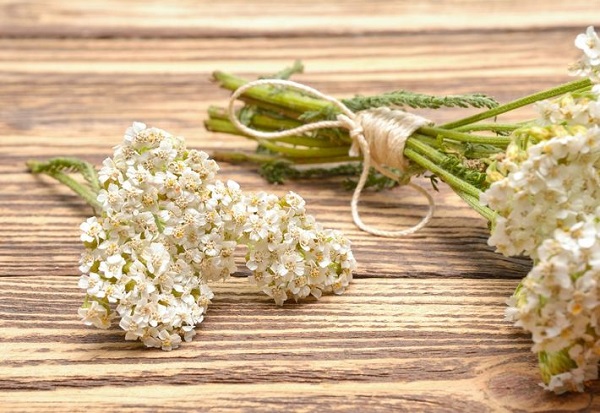