How to treat polyps?

If polyps grow in the gallbladder. Was one, and now the second has appeared. What to do?

They say that polyps in the gallbladder are incurable, and surgery is necessary to remove the gallbladder. But maybe there is at least one doctor who knows how to get rid of this scourge.
If a very critical condition, you urgently need to do something.
Frequent painful attacks, and the operation is done — but suddenly they will not take anesthesia. With a heart problem, constantly taking medicine.

Polyps of the gallbladder belong to benign tumors. The tactics of treating patients with polyps are as follows.

The patient is observed with a doctor-gastroenterologist or hepatologist.
The patient takes the usual cholagogue, but it is better to use such cholagogic plants as immortelle, chicory, milk thistle, dandelion, tansy and others.

Once every six months they have ultrasound of the gallbladder. If the polyp does not increase in size, new polyps do not appear, then the above measures are carried out.

If the polyp has increased in 2 times, or on it appeared ulceration, or polyps became 2-3, or began to form in the gall bladder stones, then such patients are recommended to perform a laparoscopic operation to remove the gallbladder.
Usually, these operations are performed under a slight anesthesia, and they are well tolerated.

If, according to general indications, surgery can not be performed (severe general condition, serious heart disease, vessels, respiratory organs, etc.), appoint antitumor medicinal plants, which, in some cases, stop the growth polyps in the gallbladder.

These include: hemlock, celandine, periwinkle, aconite, etc.
These are poisonous plants. They must be taken only under the supervision of a specialist doctor. Noteworthy are the drops of Purity, which are used with great efficiency in the polyp of the bile the bubble.
Take them should be 5 drops 3 times a day for a long time.

Drink better antitumor collection of medicinal plants or choleretic phytotea.
In a number of cases, it is possible to get rid of gallbladder polyps with timely, as well as prolonged and persistent (6-9 months) use of medicinal plants.

Especially when the patient’s condition does not allow us to hope for a successful operation. 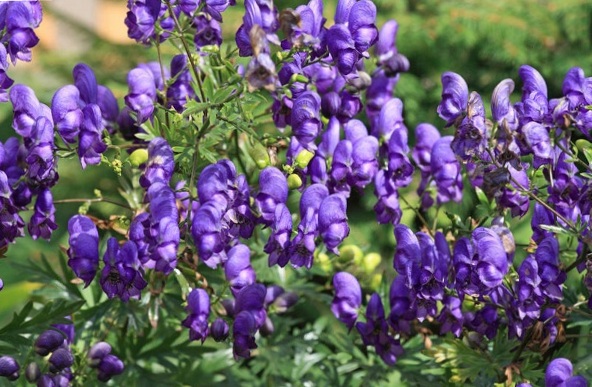