Rubbing and syrups with laryngitis.

As a therapeutic method for laryngitis, rubbing is recommended for adults and children. They are treated in this way until the condition is relieved.
The method is not suitable for those who have the slightest increase in body temperature.

1. The chronic form of inflammation is treated with badger fat. Lubricate the patient’s chest before bedtime. For a greater warming effect, they are insulated with a scarf or scarf. In the morning, the skin is washed with soap.

2. A fat cream is applied to the skin of the neck in the tonsils, after which a few drops of birch tar are dripped. Well rubbed. Do not flush. Treatment is performed before bedtime.

3. A glass of vegetable oil is heated in a water bath. Rub the chest before bedtime. In the morning, wash the skin with running water.

4. Before going to bed, rub turpentine in the feet for five days. The tool helps to quickly overcome the disease in adults.

5. The chronic type of the disease is treated with rubbing tincture of alocasia. They prepare it this way: fill a half-liter capacity to the top with leaves of a plant and fill it with vodka. Three weeks later, filtered. Rubbing is performed in the evening.

According to adherents of alternative medicine, home-made syrups are not inferior to medicines in terms of effectiveness. Treated with their help is shown for at least five days.

1. In a pharmacy buy 10% alcohol tincture of propolis. Four small spoons are mixed with a glass of chopped Kalanchoe leaves and half a glass of natural flower honey. The syrup is not intended for swallowing — it is absorbed in the oral cavity twice a day. The recipe helps to cure hoarseness and restore voice.

2. To a half cup of lemon juice add a mug of flower honey. Mix thoroughly and send to the refrigerator, having previously covered with a lid. Syrup treatment is performed as often as possible. A single dose is a teaspoon.
The composition can cause a stable allergic reaction.

3. Combine honey and black radish juice in a proportion of two to one. They are allowed to infuse for several hours, after which they start taking it — three tablespoons before bedtime.

4. Squeeze the juice from the cranberries. Separate half a cup and mix with the same amount of flower honey. Drink a teaspoon every fifteen minutes in the acute form of the disease.

5. Squeeze the juice from the fresh leaves of the plantain. Half a cup is combined with 350 ml of natural honey. They languish on the steam bath for about 10 minutes. Cool and send to the refrigerator. Use three times a teaspoon.
Long-term use of the drug leads to an increase in blood coagulability.

6. In a glass of honey in a steam bath for half an hour stand a teaspoon of crushed ginger root. Allow to cool and place the container in the refrigerator. Use, adding to tea, one dessert spoon three times.

7. For the treatment of hoarseness, a syrup-like mass is used. Take two raw chicken yolks and whiten white with sugar. Then a dessert spoon of cow’s butter is introduced and mixed thoroughly. Consume 1 tsp. three times a day.
Raw eggs are a source of salmonellosis. It is better not to use such treatment for small children, especially if eggs are bought from an unverified seller.

8. To 150 ml of vegetable oil add one raw protein of chicken eggs. Beat well. Take a folk remedy three times a day for a spoon.

9. Connect a couple glasses of aloe juice and half as much honey. Maintain day in the refrigerator under a cover. Treatment is performed three times — ten milliliters.

10. A good cough recipe for baby laryngitis at home. Take the washed black radish, cut off the top and make a groove inside, taking out the flesh. Honey is poured into the cavity formed, departing from the very top of about 1 cm. After a day, a syrup is formed inside the radish, and this is the treatment. Children are given a teaspoon as often as possible.

11. To the state of gruel, four ripe medium-sized bananas are ground. Place in a pan with two glasses of moisture and add a cup of granulated sugar. Bring to a boil. Remove from heat and pour into a glass container. Take several times a day in a glass. You can treat children’s laryngitis. 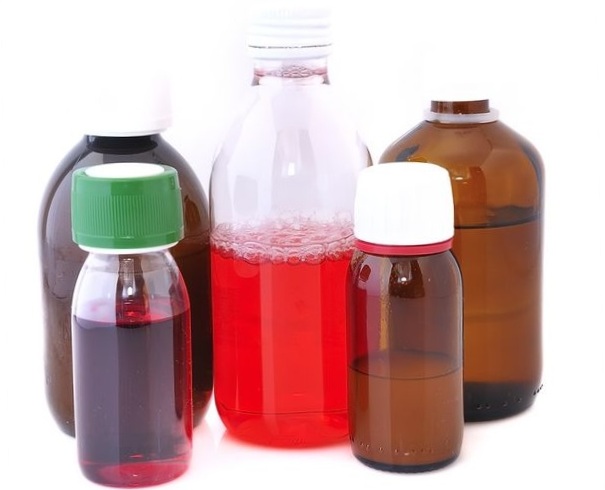