If shortness of breath is excruciating.

Since the root cause of your dyspnea is unknown to me, then bring those plants that facilitate breathing in any case, regardless of the cause of the appearance of dyspnea.

These three plants — Bug, Stonetoott, and Great Cleanser — will help with shortness of breath of any origin. Besides, Breathing facilitates such well-known and universally available spices, like parsley and bay leaf.

In the first place in this case I would put a bug (cress-salad).
This plant belongs to the family of crucifers, it grows like a weed and is widespread in Russia, as well as in Ukraine, Belarus, Moldova.

From klopovnika (watercress) is most convenient to prepare 10% tincture on vodka (insist 2-3 weeks in a dark place), which should be taken on 10 drops 2-3 times daily before meals.

This plant improves digestion, resolves tumors, relieves pain (in Including joint pain), has an antitoxic effect.
Kloepovnik (watercress) since antiquity is known as an effective tool for the treatment of cancer — even Avicenna recommended it for these purposes.

In addition, Avicenna wrote that the bug (cress-salad) facilitates breathing. My experience also speaks of the beneficial effect of the bug (watercress) on breathing — many times when I gave this plant to cancer patients, they also said that it became easier for them to breathe.
I must say that the watercress — a plant from the family of crucifers is a close «relative» of the bug and also facilitates breathing.

The second plant, which I recommend for dyspnoea, is a stone-thresher (by the way, you can use any kind of thigh — the one you can get). From the roots of the hip, 10% tincture is prepared on 70-degree alcohol.
Take this tincture of 15-20 drops with water 3 times daily before meals. Bedrenet-saxifrage improves digestion, prevents bloating, crush stones in the kidneys, this medicinal plant is prescribed for sarcoma and for uterine cancer. Patients who took the tincture of the femur, in parallel noted that it became easier to breathe.

And, finally, the third plant, which facilitates breathing, is a large purification. Cleansing in many grows in the country — it is often bred as an ornamental plant (many it is known as «hare cabbage»).
The leaves of this plant are covered with a wax coating, so they do not dry out. Prepare the tincture as follows: pass the leaves of the plant, its entire above-ground part through the meat grinder, mix the resulting gruel with vodka in a ratio of 1: 1, cork, and put it in a dark place; After 2-3 weeks strain. Take 20-30 drops with water 2-3 times a day before meals.

Since the cleaning has an anticancer and a remarkable external wound healing, as well as an anti-inflammatory effect, I gave it to patients with an open form of cancer. Patients noted that from receiving the cleaning they, among other things, better breathe.

If the cause of dyspnea lies in the diseases of the heart, then connect to plants such plants as adonis spring, motherwort, sage, valerian, hyssop.
In case if dyspnoea is associated with bronchopulmonary diseases, then use for treatment sage, hyssop and the same thigh-bell. In diseases of the bronchi and lungs I recommend to improve digestion (to remove mucus) to use in food so-called hot spices, in particular all kinds of pepper, ginger. 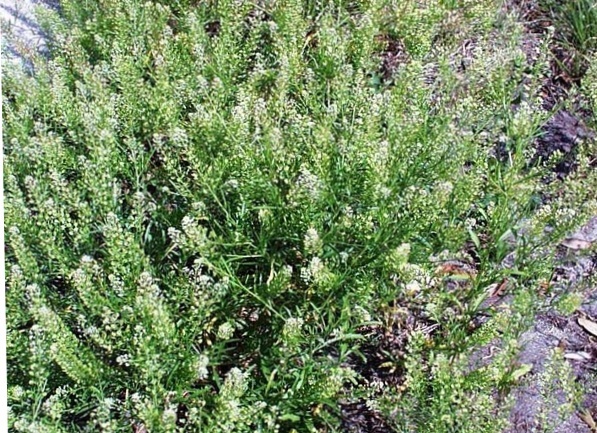