1. Two crushed cloves of garlic are mixed with a part of the white mistletoe and a similar number of hawthorn flowers. Tea l. pour a glass of boiling water, wrap. Filter through 10 hours. Drink three times twenty minutes before meals in a glass, each time preparing a fresh remedy.
Mistletoe is a poisonous plant, which is why the use of infusion should be done with caution.

3. Ten grams of the grass of ruta and caraway are mixed with 15 g of rhizomes of valerian and lemon balm leaves, 20 g of vinca and hawthorn flowers. Add 30 g mistletoe and 20 ml of pharmacy tincture of ammonia. 1 tsp the mixture is steamed in 0.2 l of boiling water. Drink the entire volume in a day.

5. Take part of the grass of the mistletoe white and the hawthorn blood-red, two — the bulbs of garlic seed. 5 grams pour 220 ml of boiling water. The night stand. Take a glass three times.

7. An effective folk remedy against atherosclerosis involves mixing a chopped head of garlic and the zest of one lemon. 500 ml of water are steamed, they stand for four days. Use in the morning — two tbsp. spoons.

8. Take one part of the flowers of hawthorn and lemon balm, two — herbs and flowers of the Tibetan lofant. Dining room the collection is added to 230 milliliters of hot water. After an hour, filter. A folk remedy is used for the disease half an hour before meals, 1/3 cup. The recipe is suitable for the treatment of nervous agitation and spasms of the head vessels.

9. Prepare an infusion of flax seeds: ½ cup per 300 ml of boiling water. After two hours, filter. At the same time, an extract of calendula is being prepared: a cup of flowers per 400 ml of boiling water. Withstand 1.5 hours. Filter. Combine both tools and leave overnight under a lid. Take three tablespoons in the morning and evening.

10. Mix thirty grams of the roots of wheatgrass, dandelion, soapwort and yarrow grass. 1 tbsp. l 260 ml of water are steamed and incubated for thirty minutes under a towel. The volume is divided into two doses.
An overdose of the composition leads to vomiting, acute pain in the stomach and diarrhea.

11. In an arbitrary amount, the leaves of an apple tree, plum, cherry, sea buckthorn and rosehip are mixed. Brewed with boiling water. Use ½ cup four times a day.

12. Prepare a mixture of taken in 1 tsp. placun grass, goldenrod, wormwood. Add a collection of taken in 1.5 tsp. mistletoe, cornflower. Pour 250 ml of boiling water and stand under the lid for 45 minutes. After filtration, add 1 tsp. primrose juice (squeezed from a fresh plant) and drink the entire volume before a night’s rest.

14. The following collection helps to cope with heart pathology: adonis, shift, lemon balm, fennel and dill fruits, chestnut flowers. Taken in equal parts, the components are mixed. 20 g steamed in two cups of boiling water. After some time, filtered. They are consumed warm after eating, dividing the volume into several equal portions. 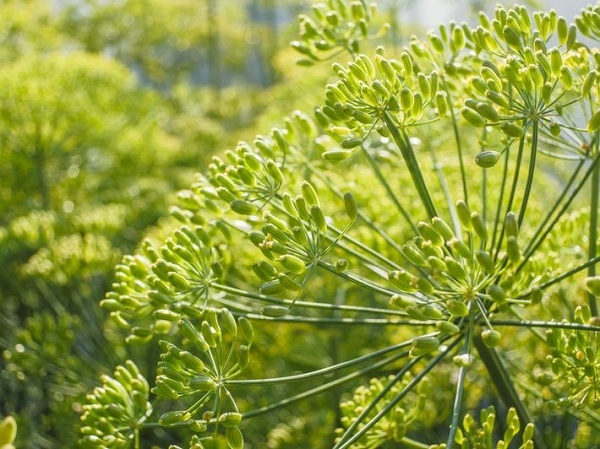