Proponents of alternative treatment give home-made alcoholic and other tinctures highly effective. The duration of therapy differs depending on the active components used, but does not exceed two months.

1. The bitter wormwood collected in May is placed in a three-liter bottle (to the top). Pour it with diluted medical alcohol or vodka. They are kept in a place protected from sunlight for three weeks. Filtered folk remedy is used once a day for three weeks. Dose — a drop for 1 tsp. water. In the acute form of anemia, the course is repeated after two weeks.
The tool is completely useless, since wormwood does not contain substances that can improve the patient’s condition and affect the course of the pathology.

2. Tincture of garlic is considered a fairly effective treatment if anemia is observed in the elderly. Garlic, in an amount of 300 grams, is placed in a jar and poured with a liter of medical alcohol. After twenty-one days, filter. Use a teaspoon, repeating three times. If desired, you can drink with fresh milk.
Garlic, and especially alcohol tincture based on it, is strictly forbidden to take during pregnancy.

3. Grind 400 grams of garlic, mix with the juice of twenty-four lemons. For twenty-four days, stored in a dark place, shaking regularly. Take a dessert spoon before bedtime, dissolving in a cup of water at room temperature. Two weeks later, relief comes.

4. 200 grams of fresh cranberry berries pour 200 ml of red wine. It is kept in the refrigerator for no more than a week. Drink twenty milliliters four times before meals. The course lasts about a month.

5. 30 g of unripe walnut fruits are crushed, placed in a glass container and poured with a liter of vodka (can be replaced with wine). Two weeks stand in the sun. Take fifteen drops diluted in water, three times at twenty-four hours. Duration — one and a half months.

6. To 200 ml of strong red wine add fifty grams of dried fruits of hawthorn. The container is tightly closed and left for three weeks in a cool place. Use three times a day for 25 drops. The course is twenty days. After a ten-day break, the course can be repeated.

8. To 20 grams of nettle leaves add 100 ml of fortified wine. In a cool place, protected from sunlight, can withstand four weeks. Drink 30 drops twice before meals. Treatment continues for three weeks.
Nettle-based drugs enhance blood coagulation, which is why they can not be used by people with thrombophlebitis.

9. Squeeze the juice of one pomegranate, add to one hundred milliliters of red wine and let stand for about two weeks in the refrigerator. Use up to four times daily three large spoons, preferably before meals. It is treated for four weeks.

10. 20 grams of dried berries of viburnum are placed in 230 ml of water and kept for fifteen minutes in a water bath. Allow to cool and squeeze. Add boiled water to the original volume. Mixed with 100 ml of red wine and sent to the refrigerator. Two days later, treatment begins — 1/3 cup three times before meals.

11. Two liters of vodka pour one hundred grams of dry yarrow herb. They insist in a dark place for two weeks, shaking regularly. After squeezing the residue. Take a couple of large spoons before meals, washed down with water, for a month.

12. Mix 15 grams of the roots of wild rose and snake highlander. Add the juice of one pomegranate and a handful of iron filings. Pour a liter of white dry wine. Forty days later, it is filtered. Drink with anemia three times a day for 15 ml.

13. 30 grams of meadow clover flowers are placed in a glass of water. It is kept in a water bath for fifteen minutes, after which it is cooled and filtered. Enter 50 ml of strong red wine and place in the refrigerator for a couple of days. Drink a large spoon before meals, repeating three times.
Clover tincture is dangerous during pregnancy, as it acts like estrogen, that is, upsets the hormonal balance in the body.

14. Twenty grams of alfalfa leaves are crushed, poured 220 ml of water and simmer for ten minutes in a water bath. The cooled composition is filtered and introduced fifty milliliters of strong wine. It is kept in the refrigerator for two days. Drink a large spoon before meals, repeating four times a day for a month.

15. To a liter of white wine add fifty grams of crushed roots of forest mallow. Two weeks are stored in a dark place, not forgetting to shake. The strained product is kept in the refrigerator. Take half an hour before meals for a fourth of a glass, repeating three times.

16. In equal amounts mix the juice of lemon, cranberries, carrots and beets. Add twice as much brandy. In a dark place they defend three days. After placed in the refrigerator. Use twice daily for 50 ml. Treatment lasts a month.

17. A popular remedy for manifestations of anemia is tincture of pine nuts. Cores in the amount of thirty grams are poured into 0.5 l of vodka and kept for forty days in a dry place, protected from sunlight. Shake a couple of times a week. Filter through cheesecloth. Drink ten drops daily, dissolving in a spoonful of water.
Folk remedy is undesirable for pregnant women and can not be taken by children.

18. Prepare quince vodka tincture. 500 grams of the product are washed, seeds removed and cut into small strips. Transferred to a jar and pour 800 ml of vodka. The liquid should cover the fruits completely, otherwise oxidation will occur. Insist three weeks. Then add one hundred and fifty grams of granulated sugar and leave for another seven days. Filter. They drink seventeen drops four times, dissolving in a spoon of water. The course is three weeks. 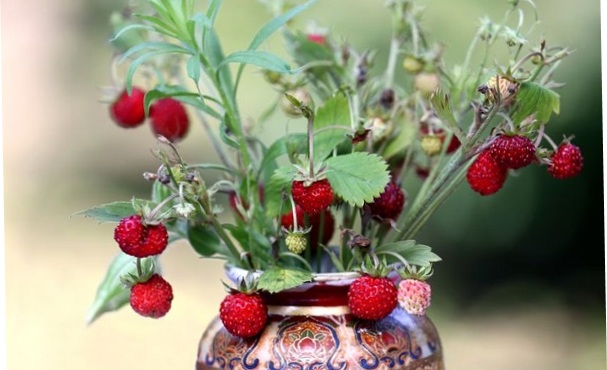