According to traditional healers, the treatment of endometriosis with alcohol tinctures is a way to quickly get rid of discomfort and eliminate inflammation. The average course of treatment lasts from three to five weeks.

1. To half a liter of vodka, add 300 ml of juice of viburnum, aloe and honey. Enter 100 ml of pharmacy tinctures of celandine, plantain, calendula and wormwood. It is kept in the refrigerator for no more than five days, constantly shaking. Drink a teaspoon three times a day before a meal. Thanks to the prescription, you can overcome the disease, especially spreading to the intestines, without surgery.

2. A few tablespoons of the ground plant of the uterus of the pine forest is poured with 500 ml of medical alcohol. Two weeks incubated in a place protected from sunlight. After filtration, they start taking it — thirty drops once a day before meals.

3. Mix a large spoonful of raspberry and sage leaves. They are placed in a glass container and poured with a quarter liter of white wine. A week insist at room temperature, protecting from sunlight. Use a large spoon at bedtime during the cycle.

4. Fifty grams of crushed red brush root is poured into 500 ml of vodka per month. Shake the tincture periodically. Filter and drink thirty drops before meals, repeating three times a day.
The prescription is contraindicated for hypertension and stress.

5. Take fifty grams of a red brush and a hog uterus. A liter of vodka is poured for two weeks. Use tincture of twenty-five drops, dissolving in a spoon of water, repeating twice. Use the composition in the chronic form of endometriosis.

6. Combine fifteen grams of wintergreen chrysanthemum roundworm, pine forest uterus and winterfish. Pour half a liter of vodka and allow to stand for two weeks, removing it from sunlight and periodically shaking the container. Drink thirty drops three times.

7. A liter of white wine is poured into 150 g of a shepherd’s bag. Ten days are stored in a place inaccessible to sunlight, not forgetting to shake. After filtering. Use 1 tbsp. l every time after a meal.
Folk remedy looks unsafe with thrombophlebitis and hemorrhoids.

8. Fifteen grams of the crushed leaves of the plantain are combined with 300 ml of vodka. It is kept in a dark place for a week, periodically shaking the container. After filtration, the product is poured into a glass container and sent to the refrigerator. Use ten drops twice, washed down with a small amount of water. The tool is effective in the pathological process in the bladder.

9. Take one hundred grams of the upper part of the plant of white melilot. Pour the same amount of medical alcohol for two weeks. The composition is shaken regularly. Take fifteen drops twice a day for a while before meals.
Melilot is a poisonous plant. In large doses, it has a depressing effect on the nervous system and leads to intoxication of the body.

10. For 500 ml of vodka take five large tablespoons of hemlock. Two weeks insist at home. Take a dessert spoon diluted in warm water, up to three times in twenty-four hours.
Alcohol tincture of hemlock is not recommended for gynecological pathologies.

11. Mix one part of the bark of a cherry tree and three — the roots of a mulberry tree. Combine with 500 ml of vodka for two weeks. Use twenty drops three times before a meal in order to strengthen the walls of the uterus and absorb the existing polyps.

12. A handful of green hop cones are combined with 0.3 liters of vodka. After a couple of weeks, filtered. Use two large spoons, repeating three times.

13. 50 g of pine nuts are added to half a liter of medical alcohol for ten days. Use ten milliliters of water, repeating up to four times a day.

14. In order to prevent the inflammatory process and reduce pain, white acacia is used. Kidneys in the amount of two hundred grams are crushed using a blender and pour 500 ml of Cahors. A month is kept on a sunny windowsill, after which it is carefully filtered. Use one hundred fifty milliliters twice a day after meals.
An overdose of the composition instantly leads to the development of symptoms of intoxication — headache, nausea, diarrhea. All because of the toxicity of acacia. 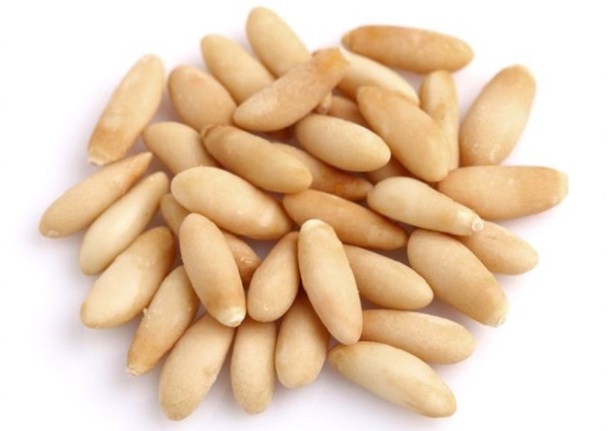