Representatives of non-traditional care offer to deal with the signs of mastitis with folk remedies and methods that have proven themselves from the best side.

At the first signs of illness, folk healers recommend using badger fat. The remedy is indicated for the treatment of mastitis in women and men. All you need to do is lubricate the areas where seals have formed several times a day.

For lactational mastitis, breast massage is recommended while taking a warm shower. Water jets should be directed to the chest, while performing gentle massage movements in a clockwise direction. The procedure expands the milk ducts and helps to remove the infection from them.

For acute mastitis, special breast baths are prepared. The temperature is forty-five degrees. Prepare a decoction of chamomile, St. John’s wort, yarrow, taken equally. Pour five handfuls of the mixture with three liters of liquid and bring to a boil over low heat. Allow to boil for about ten minutes and filter. The mammary glands are lowered into the pelvis with the composition for half an hour. After the procedure, bags filled with five tablespoons of parsley, a tablespoon of flaxseed flour and half a cup of country milk are applied to the chest.
Following the recommendation without first talking with the doctor can lead to negative consequences, up to a sharp deterioration in the course of the disease.

If mastitis occurs in the early stages, it is recommended to use ichthyol ointment. The mammary glands are lubricated at the seals twice a day until healed.

Daily rubbing of the mammary glands with ice cubes allows you to overcome pain syndrome, relieve inflammation and quickly get rid of seals.

Take half a kilogram of chopped blue onions. Fill a liter jar. Poured with May honey to the top and kept in a cool place under a lid for two weeks. In strained form, drink a tablespoon four times on an empty stomach. The finished folk remedy should be in the refrigerator.

a piece of chalk

Lactational mastitis, accompanied by milk stagnation, is treated with ordinary chalk powder. It is taken four times a tablespoon, washed down with lemon balm tea. Can be replaced with freshly squeezed carrot juice. Treatment is not stopped until the unpleasant symptoms disappear.

An aqueous solution of mummy (proportion with water 1:15) is used for evening wiping of areas where seals have formed. Treatment is indicated until the symptoms disappear. A recipe is suitable for getting rid of the disease in men and women.

With a purulent form of mastitis, treatment is indicated to be performed with a 2% hydrogen peroxide solution. It is warmed up a little. Cotton pads are moistened in the liquid, with which they thoroughly wipe the skin in the areas of inflammation. Rubbing should be done every three hours until recovery.

Black elderberries are washed and dried. In a three-liter bottle, spread in layers of several centimeters, each time sprinkling with a similar layer of sugar. Close the bottle with a lid and incubate for 24 hours at room temperature away from sunlight. Then put it in the refrigerator for eight days. After the specified time, filter. The syrup is taken three times a teaspoon with a small amount of water.

With mastitis of a different nature, including lactation, it is recommended to perform simple physical exercises at home. They promote the resorption of the seals.
First of all, they resort to ordinary push-ups from the floor or sofa. The muscles of the chest at the time of the exercise should work actively. Another exercise involves holding a small ball in your palms folded in a prayer position. At the same time, lightly press on the ball with both palms. 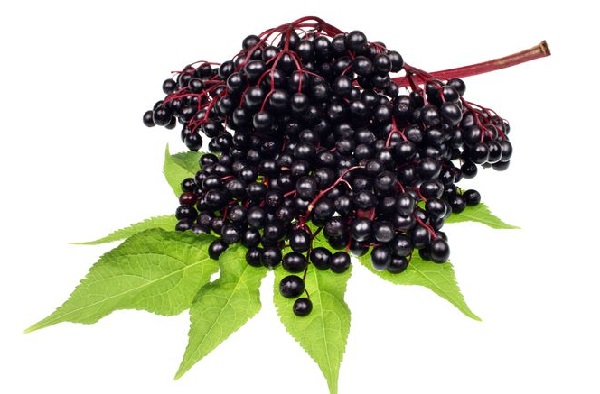